Like any other, the day started painfully early, but the weather, grey though sixty, offered me a little hope. After breakfast, the three of us took a drive out to the beach. It had been months since we'd been there as a couple, who knows how long since we'd brought Calvin along. Waves lapped the sloping narrow beach, and as we walked hand in hand with Calvin under an emerging sun he stared at the burning orb, twisted and whined, cackled and dropped to his knees simply refusing to walk.

A few yards down shore we stopped to rest on a sun-blanched driftwood trunk. Michael took our impossible kid into his lap while I sat on the far end weeping tears of despair and frustration. We didn’t linger, and on our way back to the car Calvin kept up his maddening antics until Michael picked him up. I watched them pass a mother carrying her infant in the exact way Michael carried Calvin, who appeared as a giant compared with the tiny baby. With furrowed brow, I spit obscenities at my kid. I cursed the world and its ruinous start to Mother's day.

Back at home we tried taking naps, but just as I was drifting off I heard Calvin begin to whine then cry. I dragged my weary body into his room only to find him strangled in the netted canopy of his bed. He’d poked his head through a small gap at the end, its cords wrapped around his gills like a fish. Tears streamed from his eyes and, untethering him, I noticed ropey, red welts at the back of his neck. I held him close and wept again.

Finally Calvin napped, as did I. The much-needed sleep brought its healing properties to my psyche, enough so to put Calvin in the stroller in search of sweets at the little red ice cream shack across campus. Once there, a ridiculously long line of students convinced us to abandon our quest, so we made our way back home, coaxing Calvin to walk on his own. Just as he had at the beach, though, he balked, contorted and fussed. At the edge of the campus quad I took Calvin from Michael, encouraging him every few steps. Once we arrived at the dorms, which Calvin seemed to recognize, he was much more compliant, so I praised him for his efforts and told him we were almost home. In the end he made it a great distance, perhaps as far as ever, albeit stubborn and pigeon-toed most of the way.

Shortly after our return, thirsty in the late afternoon heat, we broke into the absurdly large bottle of Maker's Mark that Michael had given me. The Hallmark holiday was beginning to look up. I spoke with my mother-in-law on the phone, who at times lovingly calls me Sweet Pea. My sister called and I talked with her and my mom a bit, and though it’s getting harder and harder to have a conversation with Mom, I was still glad to hear her voice and to wish her a happy Mother's Day.

Michael and I ended the day toasting twenty-four days since Calvin’s last evening seizure, more convinced now that the THCa cannabis oil might be helping, though suspicious that it is driving his seizures into the morning hours; we gave Calvin a few extra drops before his bedtime.

Having been the first warm evening of the spring—one without bugs—we pulled the coffee table outside to eat Michael's herb-encrusted barbecued rack of lamb with wild rice and salad. As dusk settled in, we reclined in cedar chairs sipping red wine and watching a few bats silently circle above our heads, an indigo sky their backdrop. At times I thought I'd caught the scent of the white magnolia blooming in the garden.

Before bed, I checked my email and found a Mother's Day message from my friend Jessica:

There are so many different versions of having a mother and being a mother. On this day of thinking about such things I am thinking for the moment of you and of how your version is really something quite special. Thanks for posting those beautiful photos from the Special Olympics—love those smiles. I'm quite sure if there were a Mom Olympics you would be gathering all sorts of gold.

The day that had started out so poorly had made a 180 degree turn. With a little nap, the help of Michael, of family and of friends, and with the unconditional love of a goofy little kid, I went to bed happy and more certain than usual that anything might be possible. 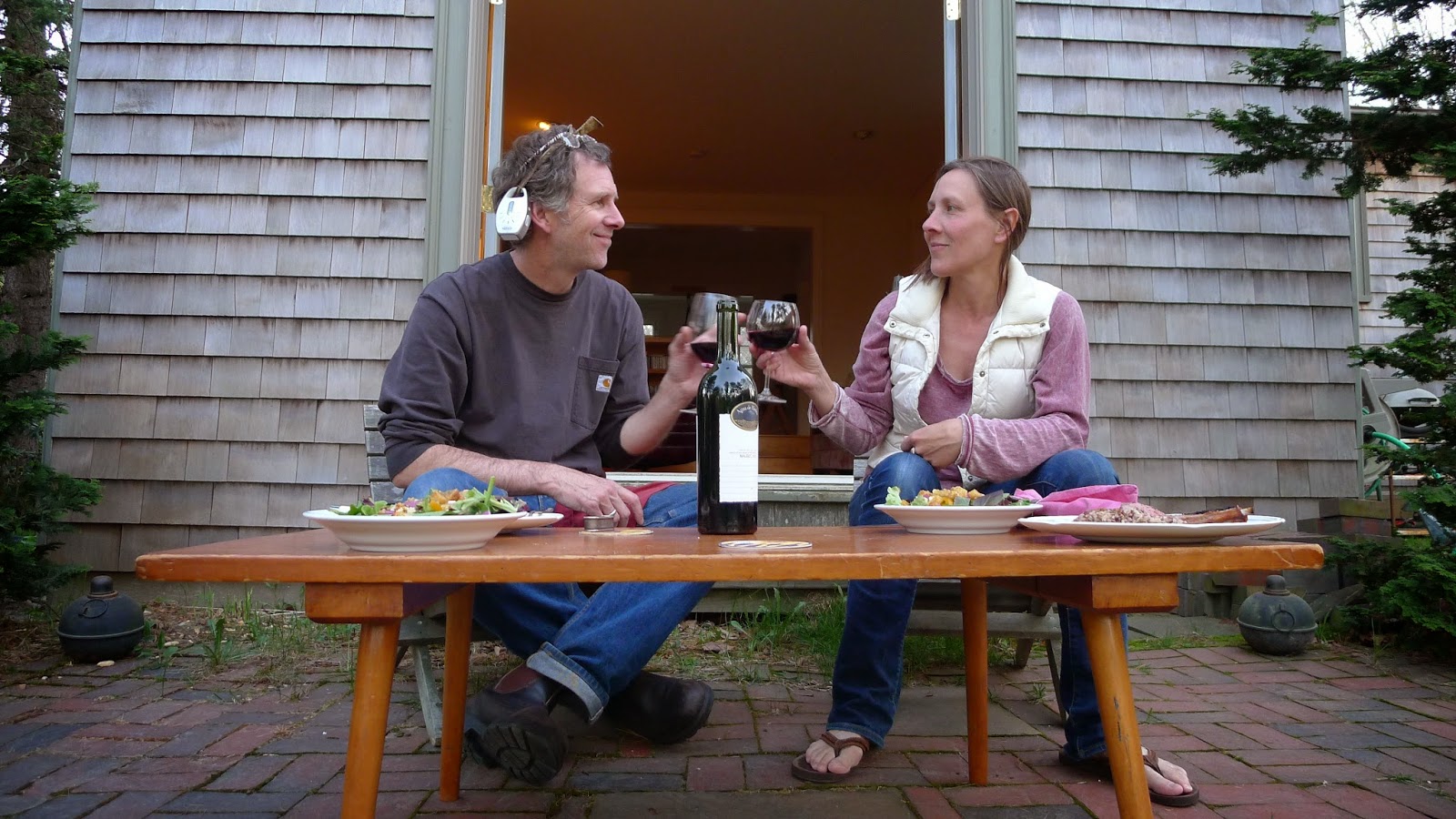