We got a good soaking last night. As a result, the spruce bark is black, the cedar mulch coffee brown, and pine needles lay in a copper carpet skirting the lawn. The low sun has reddened up the small-leaf rhododendrons dotting the back yard. At the perimeter, maples and oaks and other deciduous trees are mostly naked save a few bronze leaves at the top too stubborn to surrender.

When it pours like it did last night, I feel as though the world has been bathed and renewed, as if the rain were some kind of elixir for the toxic political climate we find ourselves in this year. I woke this morning in the wake of the storm, fully cognizant that Calvin had made it without having any seizures during the recent phase of the last full moon. On Friday, if he makes it that far, it will be four full weeks since his last partial complex seizure—a longer stint than he has gone in over a year—and ten days since his last grand mal. If he continues without any hint of partial seizures, I'll be more convinced that the CBD cannabis oil we've been giving him—one that we halved a few weeks ago, though one that seems effective in lessening some kids' seizures—might be a trigger for Calvin; he rarely suffered partial complex seizures before starting CBD in November three years ago and, until now, I was certain the culprit was exclusively benzodiazepine withdrawal.

This morning I took Calvin to the pediatrician for his annual exam. These past few years, I've rarely had to take him to the doctor; he scarcely gets sick anymore. Gone, it seems, are the days when calendars were choked with appointments to see the neurologist, the neuro-ophthalmologist, the endocrinologist, the gastroenterologist, the nephrologist, the orthotist, the phlebotomist. Virtually gone are his daytime grand mal seizures. Gone, it seems, are his sleepless nights. At the office Calvin remained quiet and calm. He walked well and tall. He stood utterly motionless on the scale without any support while we checked his weight (he's little for a kid who in February will be fourteen, weighing in at 58 pounds unclothed and just 4'4" tall.) I updated his meds, proud to report that we have reduced his benzodiazepine from a daily high of 35 mgs down to just 0.6 mgs, most thankful to my homemade THCA elixir—and to Remedy dispensary for their cannabis flower—for its help in doing so.

After I dropped Calvin at school I took Nellie to the fields. There, a friend told me that a group being called The Silence Breakers—courageous women and a few men who have publicly denounced their sexual harassers and assaulters—were chosen collectively as TIME magazine's Person of the Year. I was happy to learn that TIME didn't name the current POTUS who has broken every precious tenet that Americans should treasure—truth, justice, honor, trust, respect, equity, decency, discretion, goodness, wisdom, sensibility, humility, humanity. As I strolled home, I held the image of The Silence Breakers close to me, and beamed.

In the past hour, the sun has begun peeking out from behind the clouds, bathing the greenery with its own elixir. I sit here at my desk in the quiet before Calvin comes home, silently citing my gratitude for the many things provided me:

I also understand that fear and hate are bedfellows, and ignorance is often stubborn, which is why this earth needs repeated bathing—in truth and justice, not in deception, bigotry and greed. So I continue looking for earth's elixirs, for my child, my family, my community, and for what ails the world. Most of the time, I find it in speaking and communing with others. And, most gratefully, I find it in mere words. 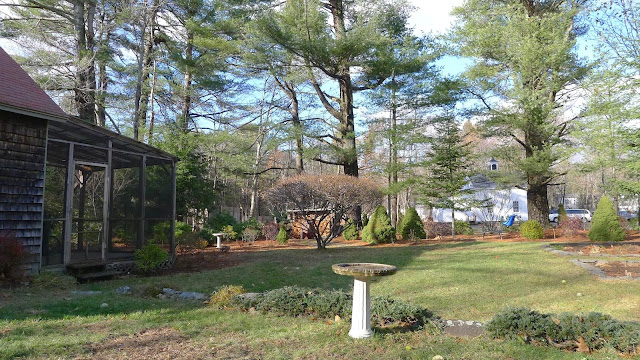