the view from here

The past month has led me to be cautiously optimistic about what I've been hoping would happen the further Calvin gets from his last dose of benzodiazepine, and therefore from its withdrawal side effects: that, even though he's in the throws of puberty, he'll suffer fewer seizures as a result.

In the past thirty-three days, Calvin has had only three partial complex seizures. Usually, he has a handful to a dozen, sometimes more. As far as grand mals go, in the past four weeks he has had only four, which is very slightly less than his average four years ago when we began weaning his benzodiazepine from his all-time high dose of 35 milligrams per day. Nearly four years later, February 24th, 2018, he took his last dose. If Calvin can make it another two or thee days without any more seizures, it will be the fewest seizures he'll have had in a one-month span in over a year and a half, and on way less pharmaceutical medication.

I should mention that while I don't believe in jinxing things, I've experienced enough of what I'd call "good stretches," only to be devastated by a day or string of days when Calvin suffers multiple grand mals and/or partial complex seizures. As epilepsy rolls, it isn't beyond the realm of possibility that March, which came in like a lamb seizure-wise, could go out like a lion and be be one of his worst months on record.

But the view from here is looking pretty damn good. Cross fingers. Knock on wood. 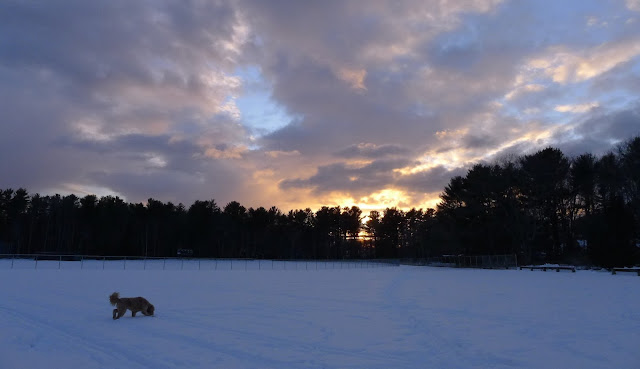 Posted by Christy Shake at 7:07 PM