Last night was pizza and beer night with our good buddy Charlie. We bathed in the aroma of sauteed mushrooms and garlic. I rolled the dough into a misshapen disc and laid it on a cornmeal-coated pizza peel. We were eager to assemble it and toss it into the piping hot oven. After a tense couple of seizure-angst days, I had ripened to a point where I just wanted to curl up in front of the fire with a glass of wine.

Suddenly, from across the kitchen I heard a terrible retching sound. It broadcast from the baby monitor slung around Michael’s head. I bolted upstairs to Calvin’s bedside and peered through the netted canopy. Alas, the monster seizure had arrived. Calvin’s face was buried into his down comforter, one arm awkwardly twisted and pinned underneath him. I quickly unlatched the bed’s safety panel to flip him on his side. His rigid arched body queerly pivoted on its heels. His pale gray face appeared like a hazy moon in the darkness as his body seized in spastic convulsions. The blood-curdling sound I had heard was his constricted breathing, as if Calvin were drowning. I know this sickening sound all too well. Folding back his white duvet, in the center where his face had been smashed, I noticed a large, miserable saliva-plastered spot revealing a blemish of matted light and dark feathers visible through the sopping fabric.

After it was over we stayed with Calvin a spell, our friend downstairs waiting patiently as he had done on several occasions in the past. We lifted Calvin’s body some, tried repositioning him on his side again but his body wouldn’t oblige, kept righting itself face-up like a buoy. We kissed him, told him that we loved him, then quietly shut the door behind us.

My spirit felt as if it had struck a brick wall, got hit by a Mack truck, clobbered, pummeled, verily snuffed out. These seizures—relentless, suffocating, deadening.

“Should I be going?” Charlie asked. “Would it be better?” “That’s very thoughtful, but no,” I replied, and in the best way I could I described that, though every seizure is as terrible as the last, and that I never really get used to them, at least I know—kind of—what to expect. Then Michael shared his relative certainty that we wouldn’t end up in the emergency room like so often occurred in the past.

As I half-heartedly spread thick red sauce on the round of dough then sprinkled the cheese, mushrooms and olives I started to cry. Charlie stepped forward and gave me one of those big bear hugs I love so much that practically squeezes the life out of me. Feeling so empty, those hugs always fill me back up, at least a little. From behind, Michael grabbed my elbow and pulled me in for another. Hearing his strong heartbeat soothed and calmed my nerves. What a great couple-a hunks, I thought. Rudy looked up at me from his favorite spot on the kitchen rug thwacking his tail happily on the floor. I imagined my sweet boy, upstairs in bed, as I looped the monitor around my head. Through the hissing white I could hear Calvin’s steady, sound, perfect, precious little breaths, envisioning his sweet shoulders rising and falling, his face glowing and peaceful, like the full moon, same as the first time I ever laid eyes on him. 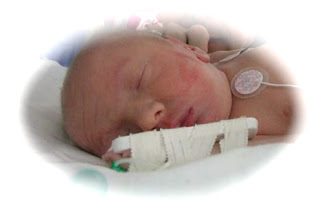 Posted by Christy Shake at 1:30 PM