If I’ve learned one thing since Calvin’s birth it’s that we, as humans, are incredibly adaptive creatures. I remember, before Calvin was born, driving with Michael along a winding road on the Bolinas Ridge just north of San Francisco. The narrow road snaked through densely wooded glens broken by pristine, wide, open seascapes and rolling, golden hills punctuated occasionally by a gnarled oak tree. While listening to the radio, we were not only captivated by the scenic beauty, but by a story about happiness. The story described a study that had revealed findings about human adaptation. It explained how—even in grave circumstances such as incarceration or physical debilitation—after an initial adjustment phase, individuals ranked their level of happiness on par with a control group. It seems it’s well within our ability to adapt and be happy amidst less than ideal circumstances.

So, too, has the strain of raising Calvin heightened my sensitivity to the burden of others. I imagine that floating down a raging river through coarse, magnificent rapids might feel treacherous to some, while for others, the tempered water rippling at the eddy’s edge might prove as terrifying. Both realities are true. Equally, no malady is petty or shameful—none to be belittled by another—and no accomplishment is unworthy of praise. As humans, we all suffer hardships and we all celebrate triumphs, both large and small alike, and through this constant ebb and flow between despair and rapture—and because of the compassion and empathy of others—we adapt, we find balance, we persevere. 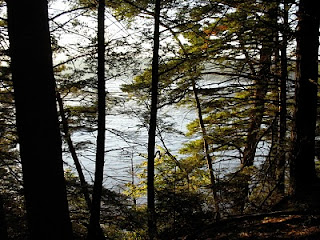 Posted by Christy Shake at 1:42 PM