I was pregnant once before Calvin. Michael and I were so excited, after all, we had both just turned thirty-nine and were beginning to sport some gray hairs.

About eight weeks into it I remember telling Michael, “I don’t really feel pregnant anymore.” A few days later a sonogram confirmed it—the technician searching in vain to find a non-existent fetal heartbeat where it once existed. “Are you sure? Are you sure?” I pleaded.

I knew miscarriages were common, but when it happens to you it feels bad, really bad. The first time I knew someone who had one she and her husband named and buried the fetus. My boyfriend at the time thought it odd, exaggerated. I didn't. All I knew was that I couldn't have a clue as to what it would feel like if it were mine and perhaps their ceremony was completely appropriate, necessary.

The doc—who I'd never met before—told me it might take a few days, perhaps as long as a week or more, for the “tissue” to evacuate my body naturally. He said it could happen at any time, even at work, and that it’d be messy, perhaps painful. My other option, he added, was to immediately get a D and C—dilation and curettage—like they do in abortions. Right there in his cold, square office, sitting on the other side of his imposing desk, I imagined trudging around like some sort of walking tomb, knowing that the little hardened grain of rice inside me—the one that was supposed to ripen into my precious baby—was dead. I couldn't do it, couldn't wait it out. So, against my usual preference for noninvasive medicine, I opted for the “procedure.”

It was harder than I thought; sadder, darker, utterly empty while at the same time all-encompassing. In a moment of weakness I called my brother—who didn’t know I was pregnant in the first place—and told him everything that had happened. With little to no pause he said, “so now what do you think about abortion?” My body choked in silence. I was stunned. “Um, it’s not really the same thing,” I said quivering as I hurried the conversation along and hung up before he could perceive my grief, shock and regret for having told him.

When Calvin first got glasses he was eleven months old though he looked more like a six-month old. Strangers in the grocery store asked me, “how did they (who they?) know he needed glasses?” Nearing the depths of despair over my son who was missing part of his brain, I found it hard to see that it was any of their business. If I stomached a reply beyond, "because he can't see shit," it was never any good. Perhaps I should've responded using my dad’s favorite comeback, “what’s it to ya, cabbage head?”

At times like these I think of my dear friend Lidia, my sister mermaid. She had a beautiful daughter when she was twenty-three. The baby was stillborn. In her memoir The Chronology of Water she writes:


I was listing all the horrible things people had said to me since my baby girl died in me the day she was born.
Things like: “You know, it’s probably better that she died before you got to know her.” Or: “Well what you really want in your 20’s is the freedom to party.” Or my personal favorite, from my father’s sister, fascist catholic: “The saddest part is that she’ll go to hell, isn’t it, since she wasn’t baptized.”

I cannot imagine the hole these statements bore into her already hollow shell. Indescribable, torturous, I’m sure.

While catching up recently on Facebook I read a snippet from a new friend whose toddler has Tay-Sachs disease, a terminal metabolic disorder. She wrote:

A loved one once told me, in a moment of deep frustration and anger at someone's well-meant, though painfully ignorant, comments and advice, “you need to step back from your anger,” and then, “they're just trying to help, their intentions are good.” Later, at hearing this, Michael reminded me, “Christy, you know what the road to hell is paved with.” And though I don't believe in hell I say, “I sure do.” 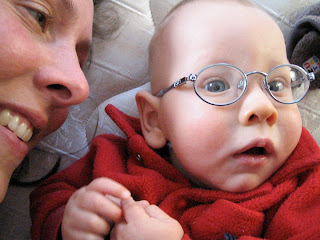