While walking Rudy on the path between the pines, I ran into my buddy, Stan, who is always sporting a hat and whose intense brown irises vibrate with the blue rings encircling them. We first became acquainted during his frequent walks past our house, slowly becoming friends after encountering each other here and there around town. He reads the blog and told me that he thinks of us often, thinks of Calvin all the time. He said he believes that—deep inside—Calvin is an intelligent kid.

"Have you seen the movie Superman?" Stan asks.
"Yep, I loved that film."
"This might sound way out," he continued, "but remember the part where Marlon Brandon sends his son to earth in that star capsule thing?"
"Sure," I replied.

Then Stan went on to explain how Marlon, playing the superboy's father, had instilled a bounty of knowledge into his infant son during the long journey to earth. Stan said that he thinks the same kind of thing happened to Calvin while I was pregnant with him and, indeed, thinks it continues to happen. His story sparked an image of our boy as a silent sponge, sopping up what morsels of life's wisdom Michael and I might have to offer him along the way.

I continued thinking about Stan's story throughout the day, so I ended up renting Superman. Then I went home, popped the movie into my laptop and quickly located the scene that Stan had referred to where Marlon Brando says to his infant son:

You will travel far, my little Kal-El. But I will never leave you. Even in the face of my death the richness of my life shall be yours. All that I have learned, everything I feel, all of this and more I have bequeathed to you my son. You shall carry me inside you all your days. You will make my strength your own, see my life through your eyes, as your life will be seen through mine. The son becomes the father the father becomes the son. This is all that I can send with you , Kal-El. And not near so rich a gift as that your mother sends along. Her love.

I bawled like a baby at the scene, at the kindness of Stan's shared sentiments. But mostly, I cried because I mourn the fact—daily—that, even if it were true, I am fairly certain that Calvin will never be able to tell us all that he knows of the world or the way he feels about it deep inside, behind his clear blue eyes. 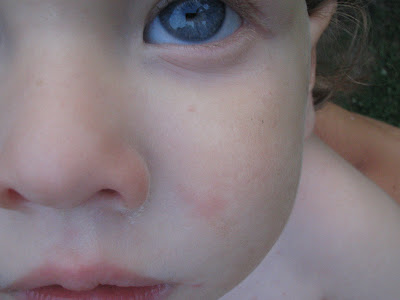