My brother Scott is a world-class Master’s swimmer. He’s in his early fifties still swimming times nearly as good—if not better in some cases—as he did in College. Scott has competed in countless Master’s Nationals and over the years he’s broken a few world records in his age group.

At one Master’s Nationals, when my father was still alive, my brother won his best event, the two-hundred backstroke. He received a gold medal, dangling from a wide red white and blue satin ribbon. He sent it to my father in a velvet-lined case along with a hand written letter on ruled yellow paper. I remember reading it and weeping. Scott described the event, my father not having been able to attend the swim meet. He spoke of slightly trailing his opponent, his muscles and lungs burning. He wrote how he worked through the pain thinking of the unimaginable agony my dad was suffering from the cancer, the chemo. He focused on that image and nothing else, just being one with the blazing pain, but for my dad. My brother poured it on in the last lap, his adrenaline taking him hard to the finish, muscles on fire, shredding, fatiguing. He won the race.

My brother has always been a great inspiration to me. He’s helped me win races, swim my fastest times, break plateaus. I often think of that letter he wrote to my dad, and of my dad’s suffering. Both of these men, through example rather than advice, have inspired me to work through the pain and suffering in my own life, and now in my life with Calvin. I only wish I could share that same magnificent influence with my own son ... and with others. 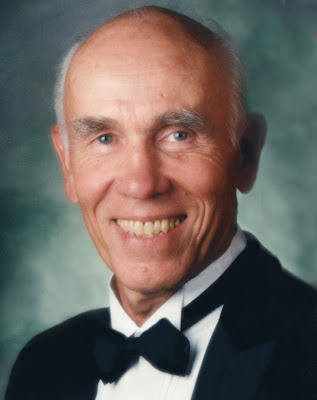 Posted by Christy Shake at 1:25 PM