According to the CDC, as many as three million Americans and their families suffer from epilepsy. One in twenty-six will be diagnosed with epilepsy at some point in their life. Chronic childhood epilepsy can result in severe developmental deficits due to uncontrolled seizures and drug side effects. More Americans—including our children—die every year from epilepsy than from breast cancer. These are just a few of epilepsy's heinous statistics.

Epilepsy affects three times the number of people that have Parkinson's disease (nearly all of whom are adults) yet annual NIH funding for epilepsy research does not reflect that discrepancy.

The disparity illustrated in the colored graphs below is indefensible, and is likely due to a variety of factors including epilepsy's long and recent stigma, its myths and misconceptions, its lack of a celebrity advocate, and its lack of general advocacy due to discrimination, marginalization and ridicule that epilepsy sufferers and their families fear.

Please help level the playing field in any way you can. Share this story and/or give to CURE epilepsy at: http://www.calvinscure.com 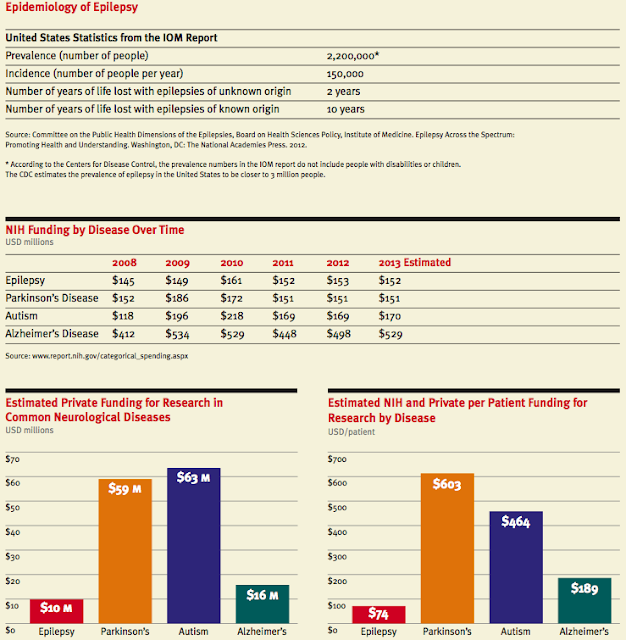 Posted by Christy Shake at 2:54 PM