There aren’t enough beautiful days, enough songbirds, enough sunlight, enough raging rivers with their froth and toss nor indigo seas to carry it all away.

There is not enough rain to drown these sorrows, melt the dread, distinguish the embers that burn hot and spike inside then spill out in icy stares and words.

There aren’t enough stars to wish away eons of bitterness and loss and despair, while moonlight brightens shadows scantly enough to see a path as lonely as the pines.

It’s impossible to eke out enough sleep, drink enough coffee or bourbon to sufficiently deliver a cool place of meditative calm where skies are so vast and white I go sublimely blind.

There aren’t enough pillows to beat or walls to kick or doors to slam or words to curse what seems at times infinite frustration, sorrow and regret.

There aren’t enough hours to pass—to sufficiently forget—from one niggling day until the next, and not enough words exist to keep asking for forgiveness.

There aren’t enough flowers to pluck and quench only to see them wither and drop petal by silken petal into an exquisite death as beautiful as their dawning.

There aren’t enough moments of peace and calm and hope where bright droplets cling like opals or tears or mercury—or the child I never had—to quivering limbs, but which gravity lures into dark reflecting pools.

There aren’t enough winds to whisk away the worries, to peel back bark as coarse as these thoughts, to strip aside layer upon layer of this callused soul until I am lying naked in a silent bed of moss, which is where I’d like to sometimes be.

But there are enough tears, enough smiles, enough grasps, enough pain from enough love, because it hurts, you know, it hurts. 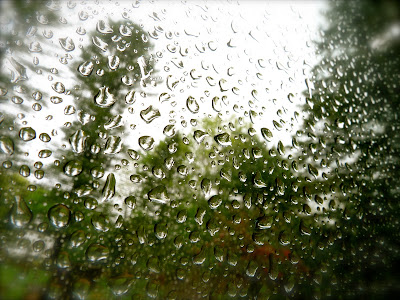