My nine-year-old son, Calvin, suffers from a host of neurological conditions, the worst of which is medically refractory epilepsy. Despite the mountains of medications we pour into his little body every morning, noon and night, he still continues to have seizures, often lasting upwards of six minutes, during the first several of which we sit by helplessly as he stops breathing and begins to turn blue.

Born six weeks prematurely, Calvin failed to thrive. He was diagnosed with idiopathic ventriculomegaly (enlarged ventricles) and a significant absence of white-matter in his brain. Calvin, who is legally blind, nonverbal, cannot walk without assistance, has a form of autism and remains in diapers, is developmentally much like an infant or toddler. Though Calvin’s maladies cause my husband and I great strain and heartache, the epilepsy has easily eclipsed their burden.

Since the age of two, Calvin has tried nine courses of antiepileptic drugs—as many as four at a time—plus two rigorous dietary treatments. All have failed to control his seizures. The drugs further impede his development and cause him to suffer heinous side effects such as, though not limited to, headaches, dizziness, visual disturbances, confusion, fatigue, sleep disturbances, gait ataxia, memory problems, poor coordination, drooling, nausea, agitation, changes in appetite, hyperactivity and aggression. Statistics tell us that the chance a subsequent pharmaceutical will stop his seizures has dwindled to almost nothing, which is why we are pursuing the use of medical marijuana.

There is compelling evidence, both anecdotal and scientific, that indicates the use of a high-cannabidiol (CBD) low-tetrahydrocannabinol (THC) form of medical marijuana can greatly reduce and, in some cases, stop seizures without the psychoactive side effects of street marijuana. As you know, medical marijuana is legal in the state of Maine, but regrettably remains illegal at the federal level. Once Calvin begins the treatment, which will be administered orally in exact doses of oil or paste, if we were to take him across state lines (Calvin must travel with his meds) we would be considered drug traffickers.

Epilepsy has strangled and stranded our family. And, while it is difficult to travel with a hyper, agitated child who has terrible balance, to be sequestered—incarcerated—in a place thousands of miles from extended family, seems worse a crime than possessing a medicinal, life-enhancing, lifesaving plant extract with no psychoactive qualities.

I implore you to do what is in your power to legalize the use of medical marijuana at the federal level. It has proven to be the only therapy that has given hundreds of children with catastrophic epilepsies, such as Dravet syndrome, respite from their seizures and hope for a better life. For some it has undoubtably saved their lives. 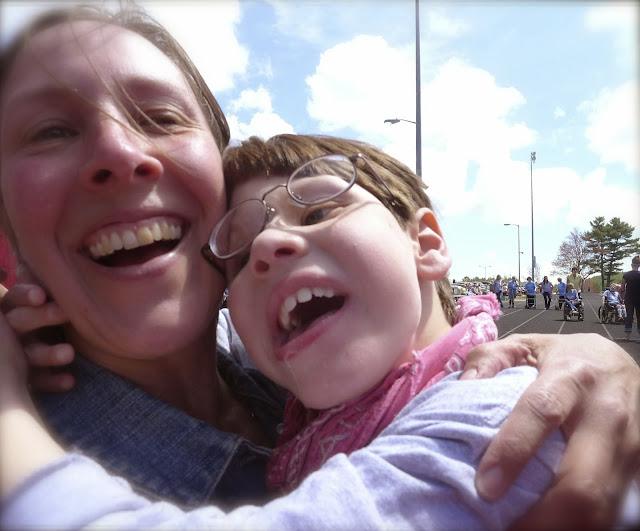 Posted by Christy Shake at 1:11 PM