For the very first time in his life Calvin walked a loop in our backyard while it was covered in snow. Managing to keep him upright as he careened along a narrow path of icy footprints was difficult. A few times we nearly toppled over each other. At one point, I looked down at his face and saw him smile. As we plodded clumsily along, he used his free hand to reach out and pat his favorite shrubs. He seemed happy to be outside in the yard again after so many months pent up indoors.

You may wonder why, at fifteen, he's never done so before. It's partly because he cannot walk in snow boots or rain boots; they are too bulky and roomy for him to manage. Also, his current ankle boots, though waterproof, are not high enough to walk in deep snow. And so yesterday, the snow having begun to melt in the sun and mild temperatures, was a perfect time to give it a go. 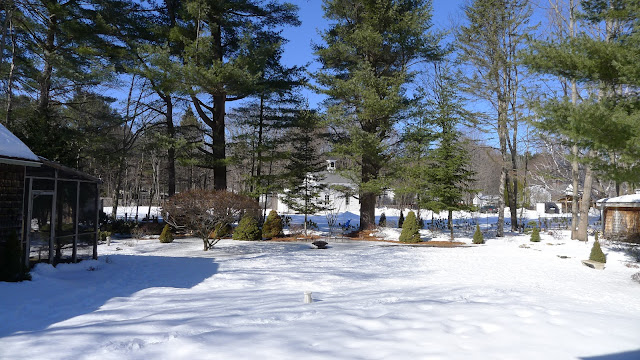