After three weeks of seeing my son endure all but a handful of days with seizures, I stepped into nature. I find being alone in the forest, seeing and smelling the sea helps soften the edges of any angst I feel. Yesterday, I hiked an hour along a wooded path blanketed in needles and skirted by green ocean inlets where patches of sun filtered through the white-pine canopy. Upon emerging into a sloping, golden field, I got in my car and drove a few miles further south to the end of Harpswell Neck where the Giant Stairs have views to open ocean. Above me, the sky shown vast, blue and swept with clouds. Though we are still two months away from full foliage in this region, the skeletons of shrubs displayed their naked beauty.

My time spent outside on what was the first truly mild March day in Maine proved vitally restorative, because Calvin suffered his fifth grand mal of the month last night, only three days after a previous one. I think that the nature nurture I'd gotten earlier helped to cushion the blow of hearing my boy scream, seeing him stiffen and convulse, vomit and bleed, then whimper as softly and sadly as the lonely sound of wind creaking the trees. 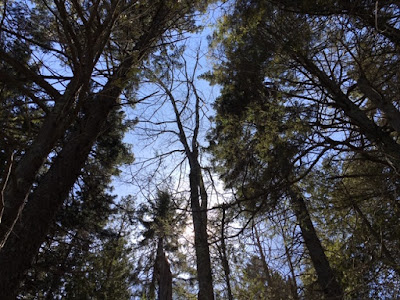 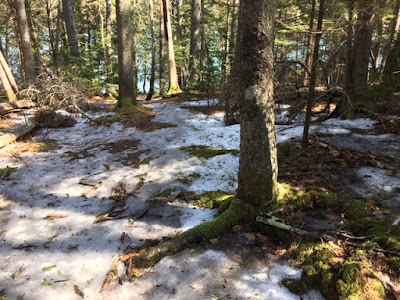 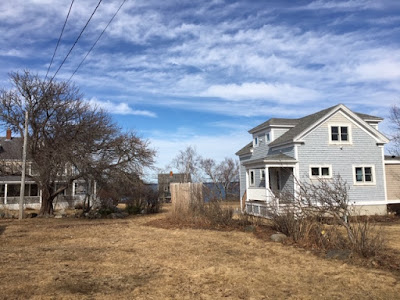 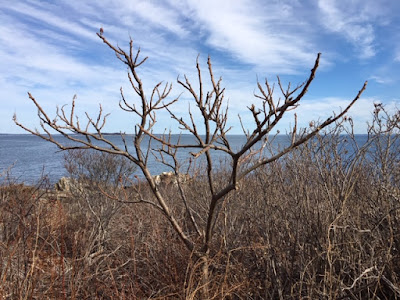 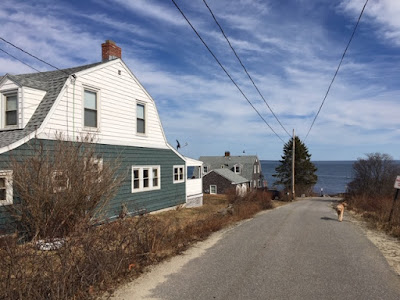 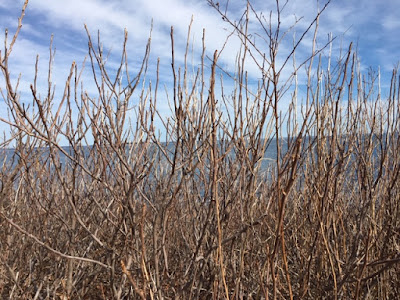 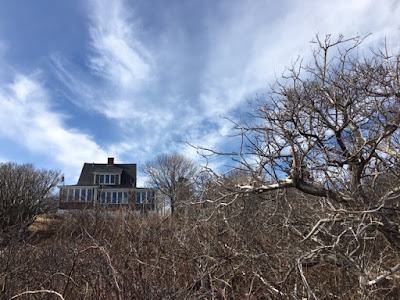 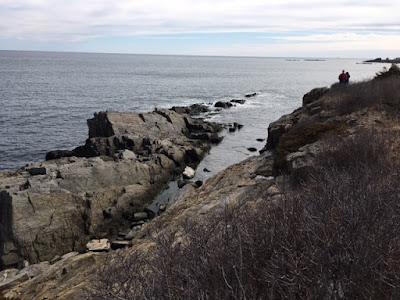