After Calvin had his seizure in the bath the other night I had a bad dream. In the dream we were out of town visiting Calvin’s Grandparents. It was time to give Calvin his evening seizure medicine that I had laid out earlier. When I went to find the pills they were gone. Panic-stricken, everyone began scouring the entire house in hopes of finding them. I described the small, clear plastic container that I use to store cut pills, but no one had seen it. Then it occurred to me that Calvin’s medicine might have been accidentally mistaken for another and put away, so we examined each and every prescription bottle in the house.

As the dream continued it became apparent to me that our search to unearth Calvin's missing seizure drugs had become futile, so I needed to take different measures. Nearly two hours had passed since Calvin was supposed to get his medicine and so I began dreading a seizure. I picked up the phone to call his doctor to get a new prescription sent into a local pharmacy. Each time I dialed the number my fingers failed me; I kept hitting the wrong button—over and over and over—and I could not get through. Finally, in my anguish and desperation, I cried out, and thus woke myself up from the dream. And there was Calvin, sleeping soundly, nestled up next to me with his smooth, warm legs draped across my side. 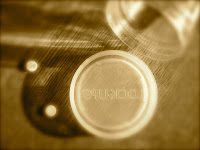