Epilepsy can strike anyone at any time. Preemies are at risk, kids with Autism are at risk, people with Alzheimer’s and who’ve had strokes can develop epilepsy, people with brain tumors can seize and our fighting troops who have sustained Traumatic Brain Injury (TBI) often suffer from epilepsy—or, it can just happen. It seems likely that while other diseases are on the decline, because of changes in lifestyle and early detection, epilepsy might be on the rise.

I often mention the number of people afflicted with epilepsy in an effort to underscore how obscure the disorder remains. It might be likely that—without being aware of it—we each know someone who suffers from epilepsy, though perhaps they're in hiding. Many people with epilepsy wear a cloak of shame because it is still a closeted disorder with a history of great stigma, fear and misunderstanding.

Three million Americans suffer from epilepsy, more than multiple sclerosis, cerebral palsy, muscular dystrophy, and Parkinson’s disease combined. As many new cases and annual deaths occur from epilepsy as from breast cancer. Yet funding for epilepsy pales in comparison and, regrettably, it remains off of society's radar.

To learn more please go to my Epilepsy Facts page and view these archived blog posts:

Please share Calvin's story with your friends. Help bring us one step closer to a cure. It's not hard, just do it one story at a time. 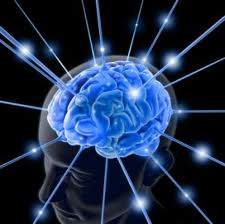