the stigma of seizures

Did you know that November is epilepsy awareness month? I wager not. Why is epilepsy still such an obscure disorder? Why doesn’t Epilepsy boast a major celebrity like Michael J. Fox does for Parkinson's? Why, though it kills as many annually as breast cancer, has it not inspired a massive campaign, even as thousands of our children with epilepsy die each year. I’ll tell you why: Epilepsy is still stigmatized, shamed, misunderstood and feared.

Although considered the “sacred disease” by the ancient Greeks, in many primitive societies epilepsy was believed to be associated with sin and demonic possession and ancient Romans thought it was contagious. People with epilepsy were feared and cast out of their communities or punished for their seizures. Seizures were often considered bad omens. There are references in the New Testament to epilepsy as a form of madness, and the notion of people with epilepsy as “lunatic” held widespread currency throughout the mediaeval period.

By the late 1600s the notion of contagion gained fashion. People with epilepsy were sometimes incarcerated in mental hospitals. They were kept separate from the mentally ill to protect their fellow prisoners from "catching" epilepsy.

As recently as the early 1900s, King George V and the British royal family kept the youngest son, John, out of the public eye because of his epilepsy. When he died in 1919 at the age of 13, his existence was almost unknown.

Further dimensions of the stigma of epilepsy are disruptiveness, aesthetic aspects, peril and origin. Most people have not seen a seizure although those observing them may stand by powerlessly as “the terrified watcher.” Depending on their specific manifestations, seizures may also be aesthetically unpleasant to observers. Moreover, the issue of peril is echoed in old ideas of epilepsy as contagious. All of these aspects, plus the legacy of the old ideas about epilepsy as the product of malign forces or sinful behavior, can result in the shame that is often associated with the disorder: It might be thought that people with epilepsy are somehow morally culpable for their condition. Even now, adults with epilepsy, children with epilepsy and their parents are often ashamed of their condition, keep it secret or withdraw from society.

Each of us has the ability to change all of this for the millions of people who suffer from seizure disorders, for their families, for their friends and for society. We can promote education, awareness, understanding, empathy and advocacy. It just takes sharing a simple narrative to dispel the myths; start by telling one story at a time. 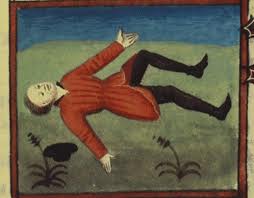