I once heard a story about a well-known advocate in the epilepsy community. She had devoted years to raising awareness and funds for epilepsy research. Her precious, healthy infant had started having seizures that—even after years of trying scores of medicines, special diets and brain surgery—had not been successfully controlled.

Then this woman was diagnosed with breast cancer. I was told that calls, letters and well wishes started pouring in to her. She was incredulous at the amount of notice she was getting for her own health concern compared with the lack of attention she had gotten for her afflicted child, though she had openly campaigned for the cause.

I think that this disparate regard between epilepsy and other widespread illnesses, such as breast cancer, comes down to societal ignorance, stigma and apathy. Unfortunately this ignorance translates into abysmally inadequate funding to develop treatments and find a cure.

Indeed, I was unaware of epilepsy’s pervasiveness and menace until my son Calvin was diagnosed with it when he was two. I soon learned that seizures are difficult to control in at least a third of people who suffer from them. I have seen Calvin experience the dreadful side effects from drug treatment and I now know the scary truth that epilepsy can be fatal—that it could take my son’s life. Three million Americans live this same horrible truth but you’d never know it. I aim to change all that.

To learn more please go to my Epilepsy Facts page and view these archived blog posts: 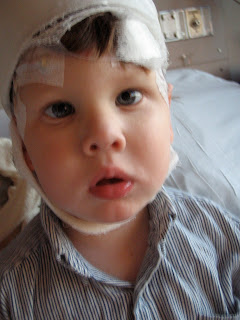