leaving on a jet plane

Today I am headed west to visit my eighty-five-year-old mother in San Diego where she lives with my brother and sister-in-law. For the past several years I've traveled to see her every six to twelve months, and each time I am torn about going. On the one hand, I miss my mom, who is dissolving by degrees in the grips of Alzheimer's and whose essence I hope I'll still find. I miss California and the Pacific and the warmth of the West and I miss having even the slightest bit of respite from the daily grind here at home. On the other hand, I'm going to miss these guys. In fact, I already do. I'll miss Michael's jokes and his quick-to-forgiveness, miss his embrace, miss his handsome face. I'll miss watching Nellie frolic in the snow, miss those big brown puppy-dog eyes and soft, fluffy hair. I'll miss Calvin's hugs and giggles and the way he likes to sit on my lap now after so many years of being too hyper to do so.

But I won't miss the Maine winter, its ice and snow and subzero temperatures, won't miss cleaning up messy diapers full of oozing poop that sometimes, somehow, gets smeared all over Calvin's entire back and down his thighs. I won't miss Calvin's drooling, and his teeth-grinding, eye-poking, slipper-biting, carpet-munching, hyper-coughing, whiny-ass self. I won't miss waking up all through the night or the ungodly morning hours, the chopping up of Calvin's food into tiny pieces, the obsessing about seizures and all things Calvin or my grumpy-ass mood, which I hope to abandon on some sunny beach or grassy seaside park.

As I put Calvin on the bus this morning, in minus-nine-degree weather, I gave him a big kiss and got a bit teary eyed.

As the bus pulled away I watched Calvin pat the window, completely oblivious to my lingering. A twinge of sadness came over me in knowing that my boy has no idea I am leaving, that I won't be there when he gets home or when he wakes up tomorrow morning. There's a hollowness in that knowing, one that never can be filled.

Yep, I'm leaving on a jet plane in a few hours, heading toward blue skies, sixty-degree weather, sandy beaches, restful nights, late mornings, mom's embrace and quiet. Here, it has warmed up to minus-three degrees, so I guess it's time to take Nellie for a walk before I begin to pack my t-shirts, jeans, tennies and flip-flops, and a photo of Calvin that I'll keep as a bookmark and gaze upon, often, with longing. 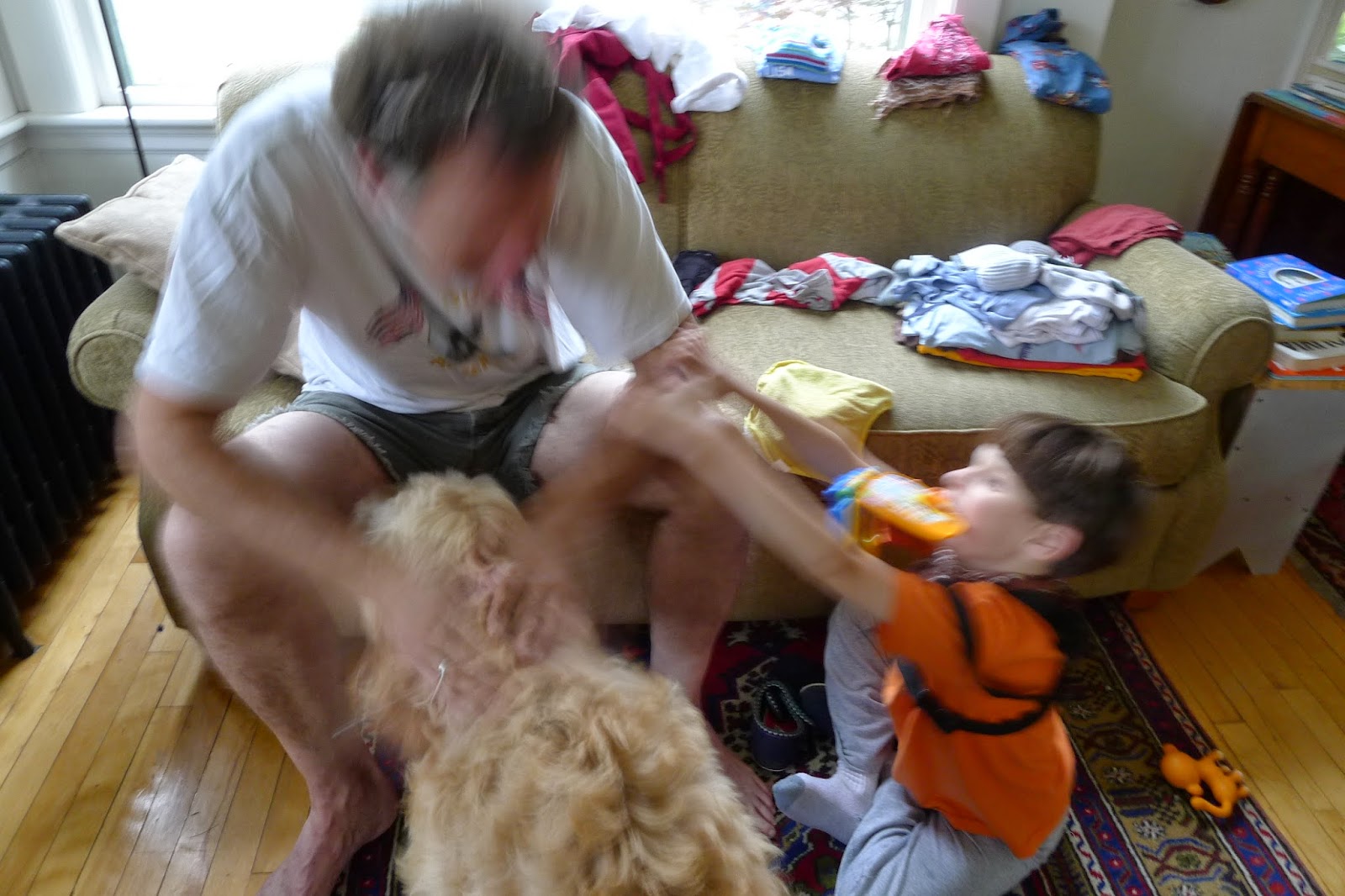