The other day Michael and I decided to reinstate Calvin's clobazam wean. We paused it in October to introduce a high CBD cannabis oil to his regimen. The CBD appears to be holding some promise in reducing Calvin's seizures since he recently went 21 days seizure-free, or so we think. That is more than twice as long as usual, of late.

Currently, Calvin is taking 14 mg of clobazam per day, compared with 32.5 mg a year ago—a ridiculously high dose for someone his age and size. A homemade THCA cannabis oil helped us to wean him off of over half of his clobazam over the course of several months. We are committed to getting our boy completely off of the benzodiazepine which, like other pharmaceutical anticonvulsants, we think has caused more harm than good when it comes to Calvin's development and behavior.

Had I been more aware of the adverse effects on Calvin's development and behavior, maybe I'd never have agreed to put Calvin on benzodiazepines in the first place. His first benzo, clonazepam (Klonopin), which he started when he was just three, was meant as a bridge drug to be used for only a few weeks while we increased another drug to a therapeutic level. Regrettably, he was on it for three years, and getting him off of it was a nightmare. His profuse withdrawal seizures were only suppressed by starting him on the drug's relative, clobazam, which he's been on for four-and-a-half years.

I had certainly done my research about the side effects of benzos, but desperate parents look for hope anywhere we can get it, and neurologists downplay the likelihood and seriousness of side effects in favor of the prospect of complete seizure freedom.

Below is the sorry truth about Onfi (clobazam) straight from the drug literature, which shows just a smattering of the drug's total adverse effects. I invite you to scroll. Click on the photos to enlarge.

Clobazam, you're goin' down. 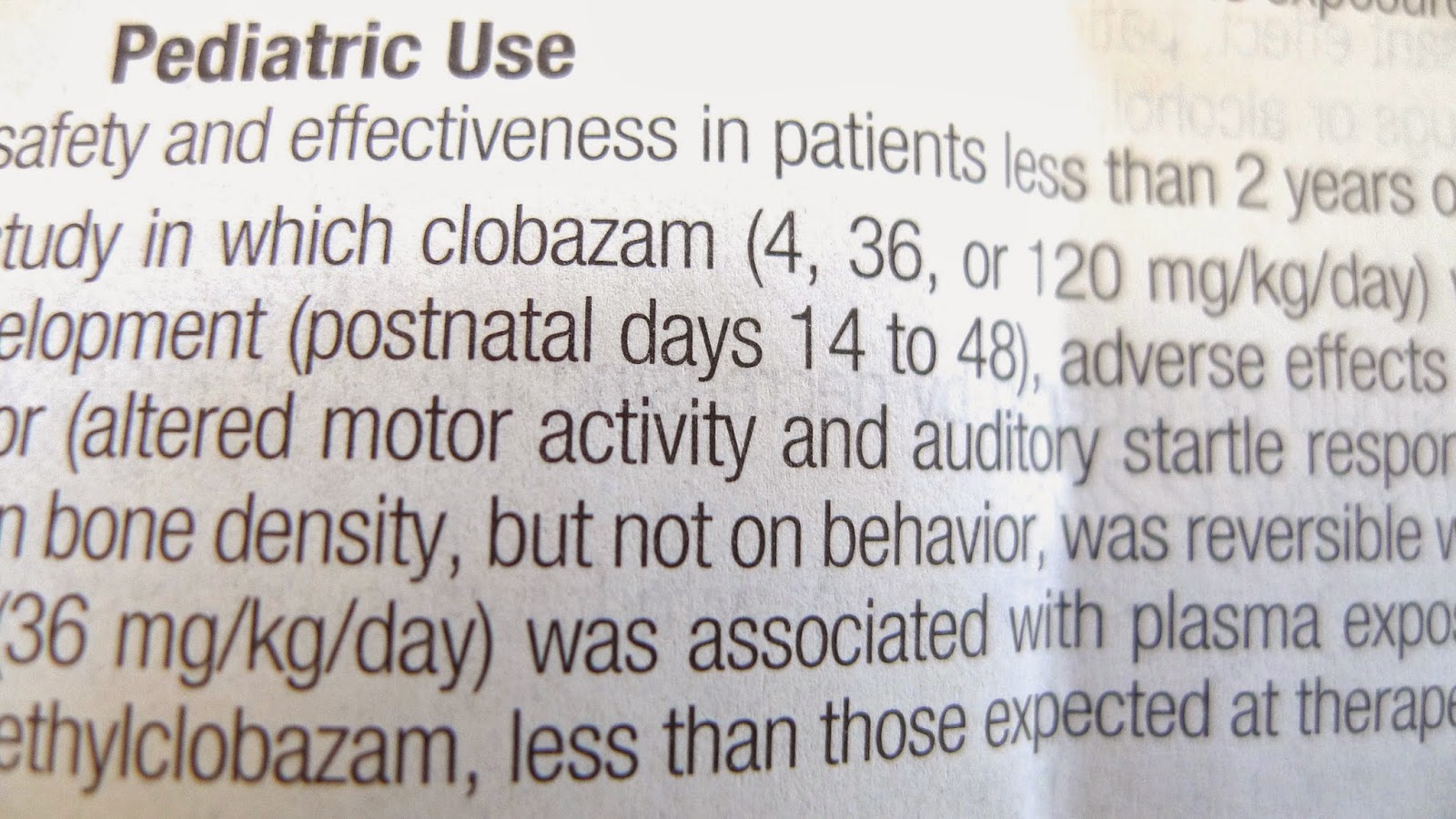 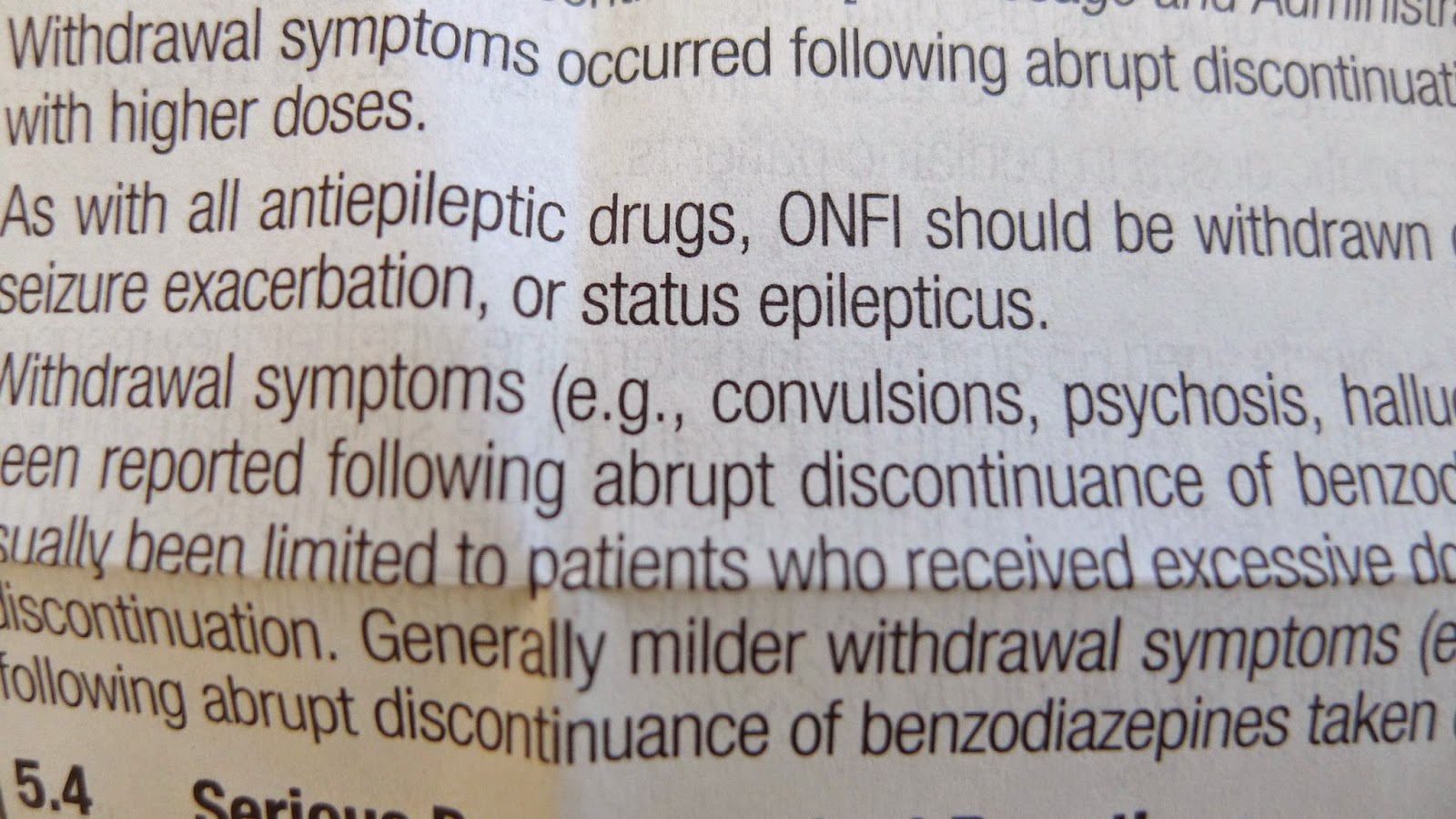 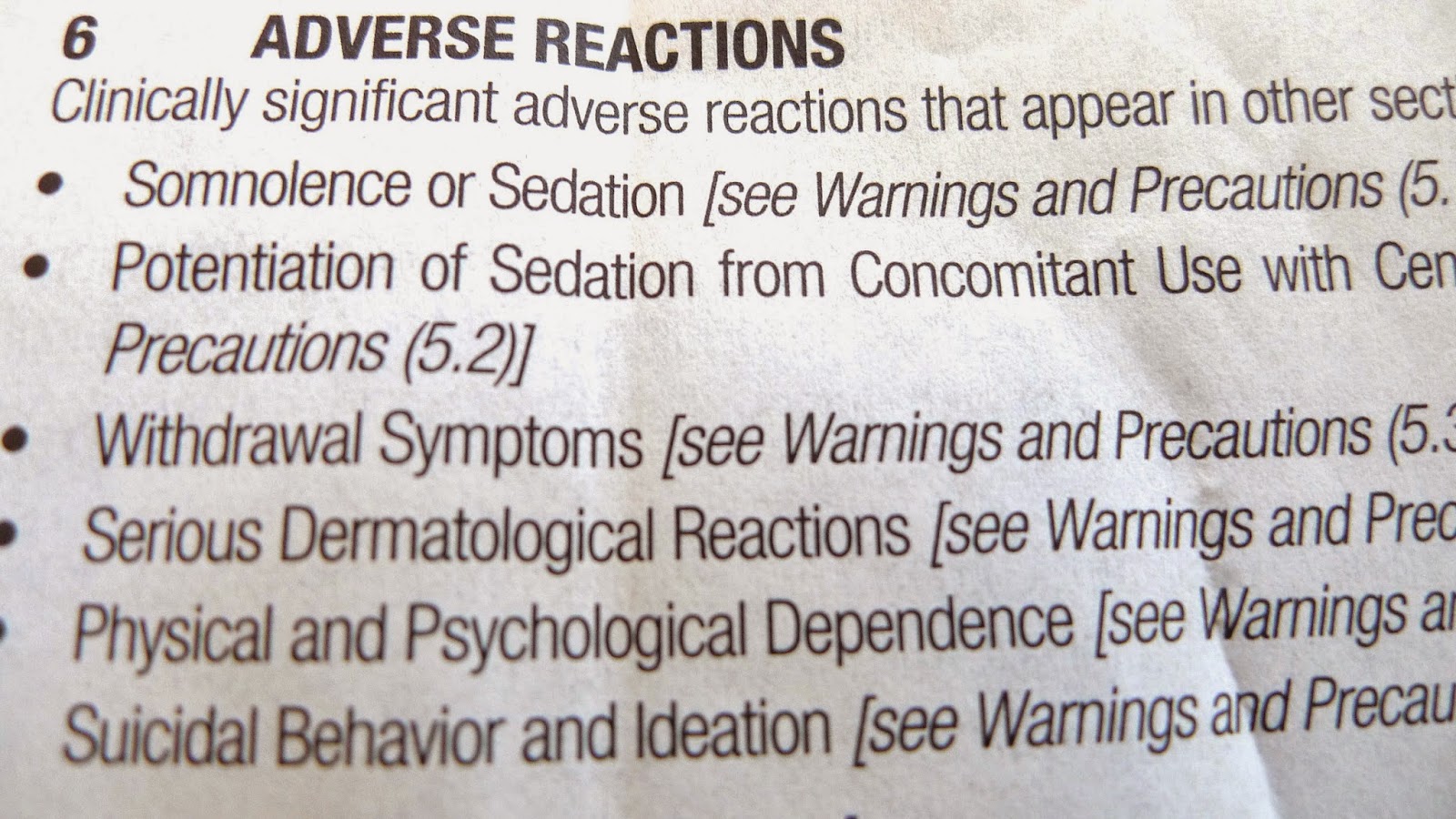 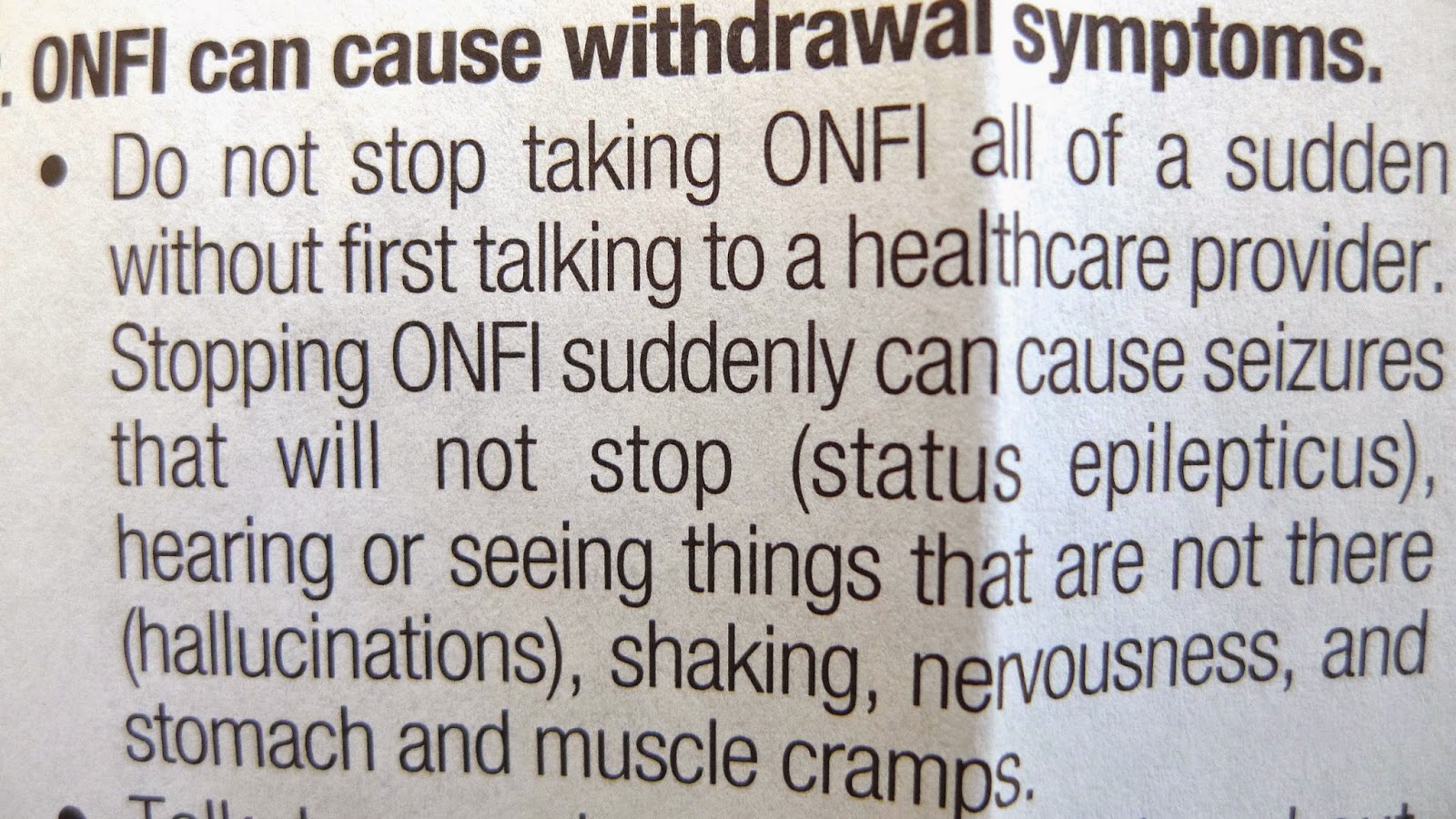 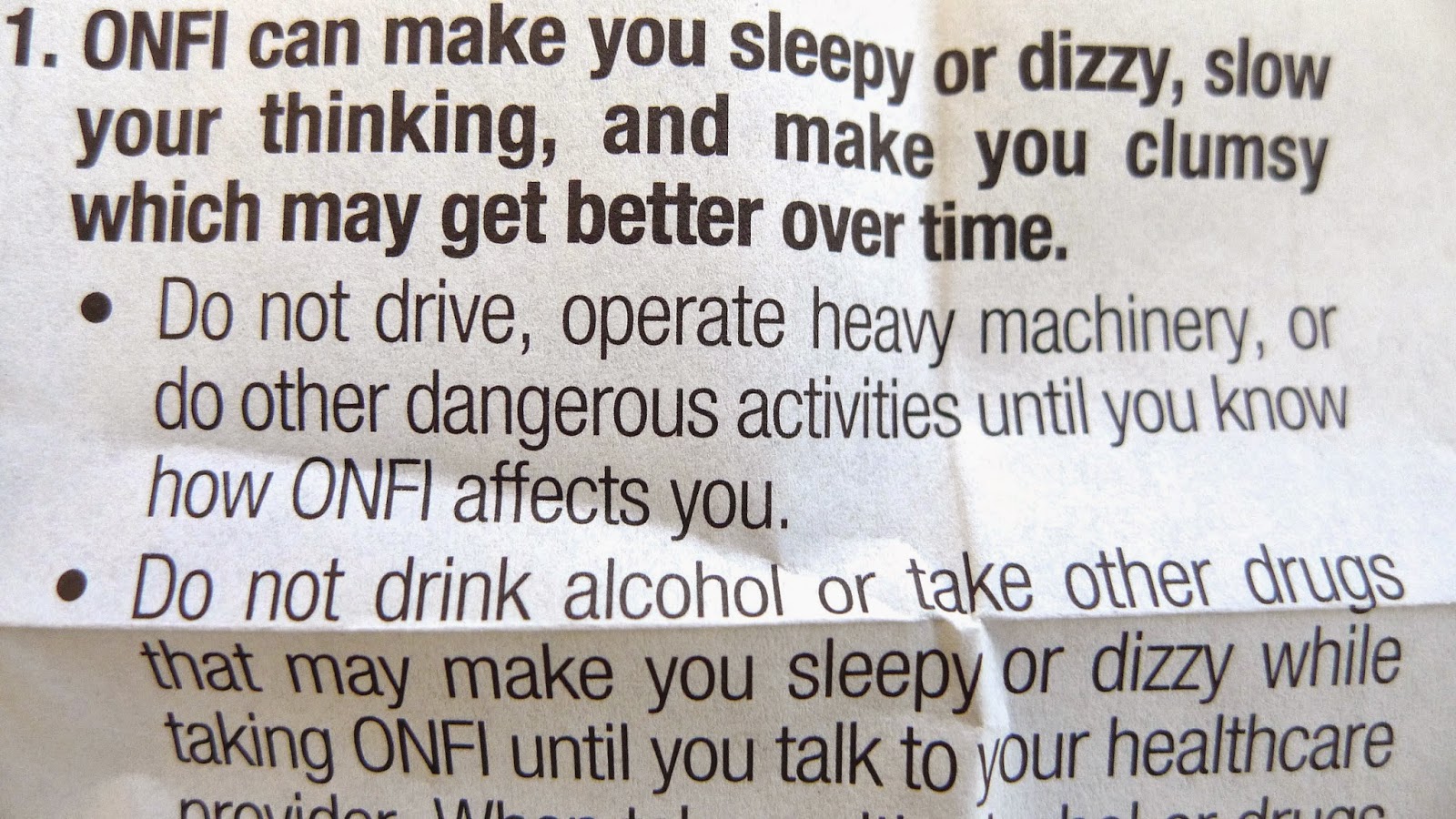 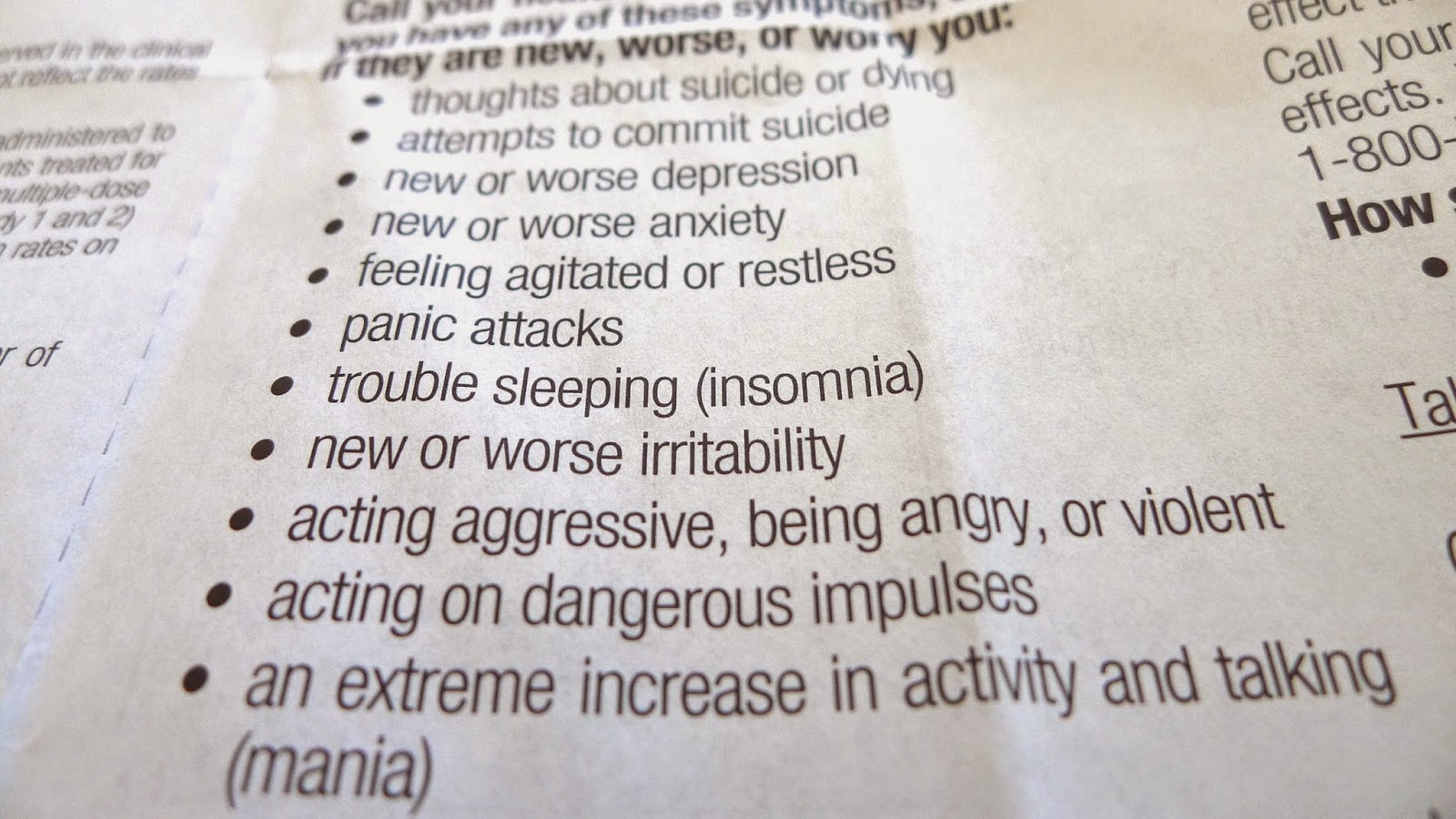 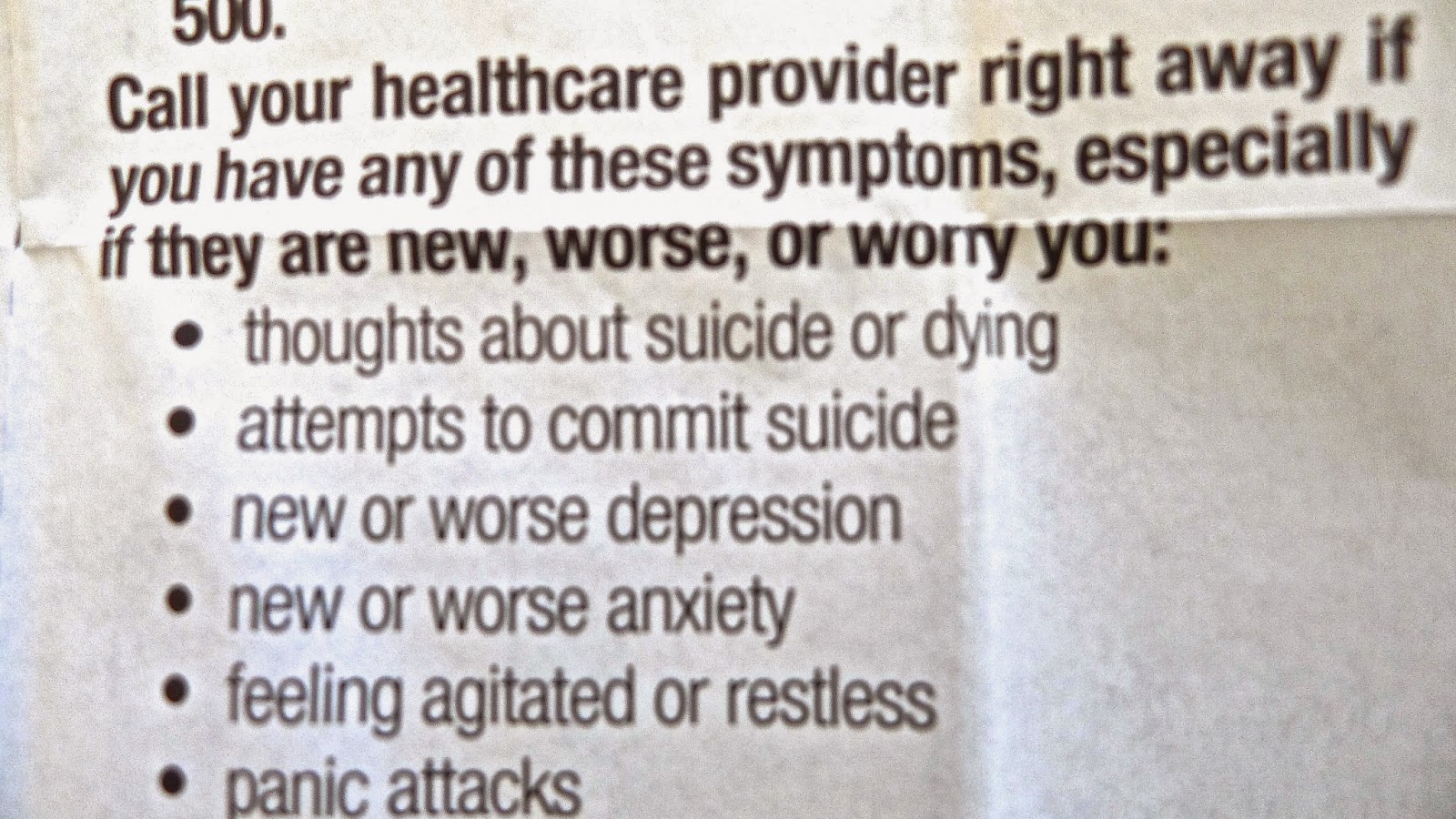 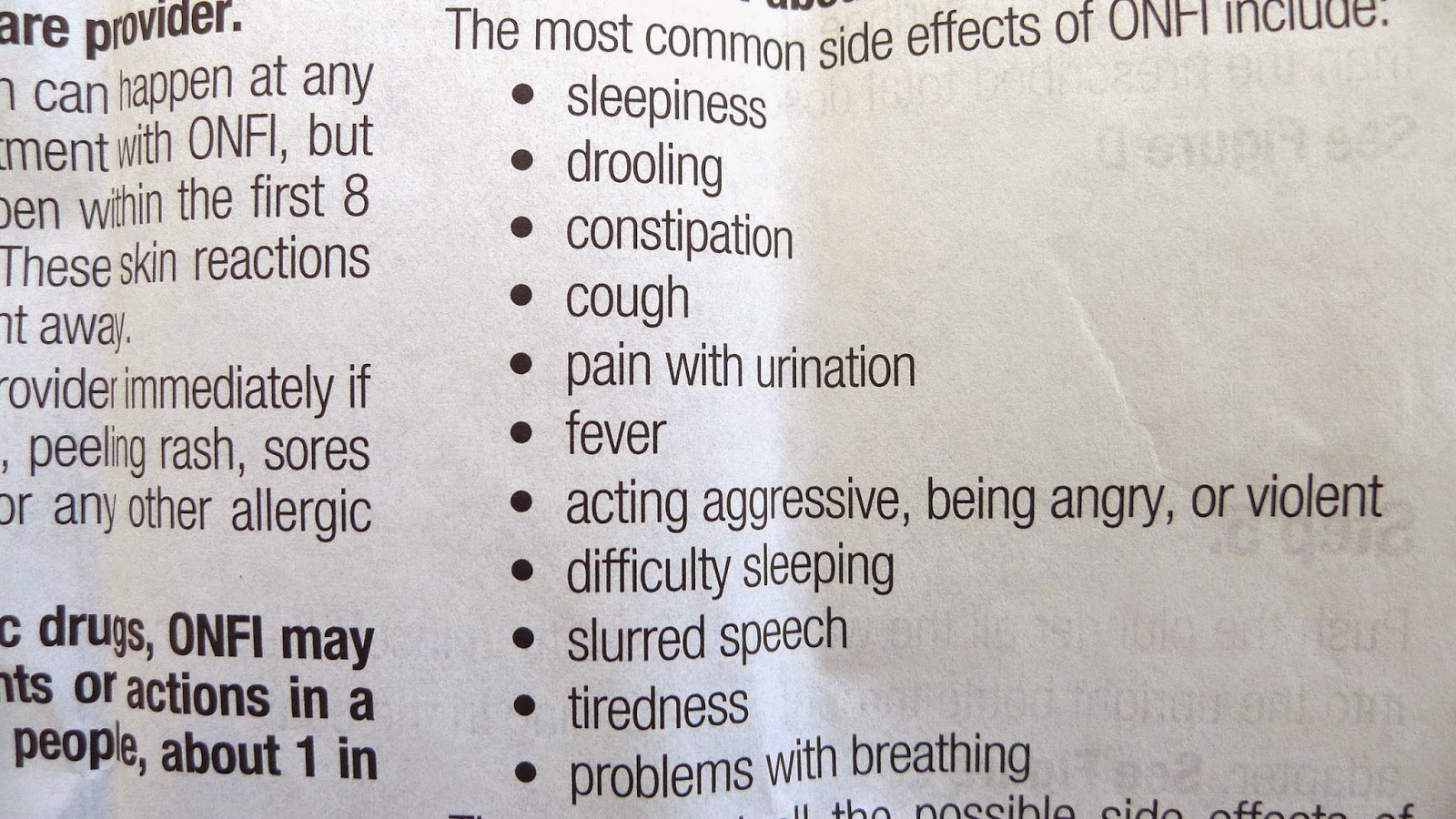 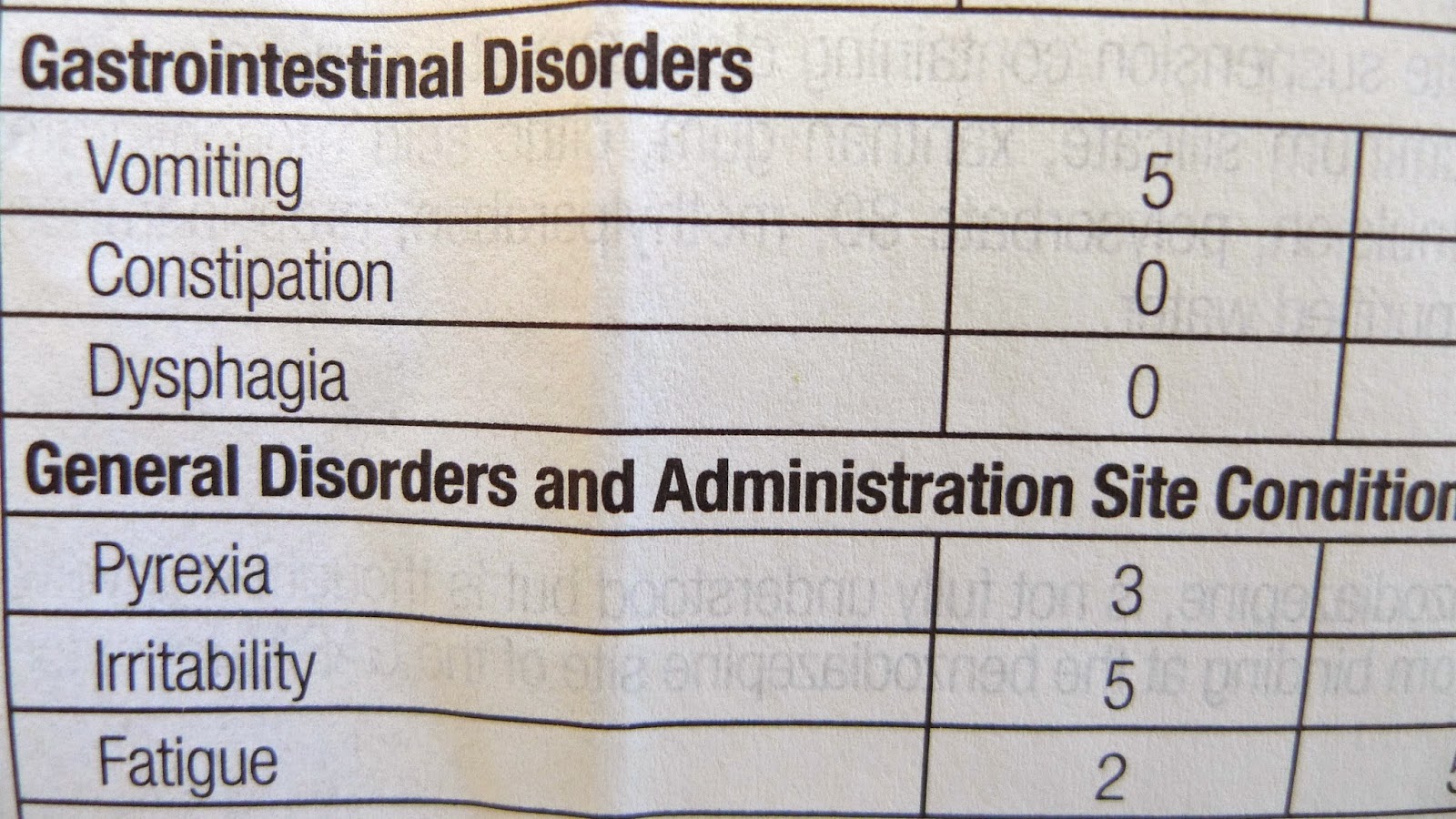 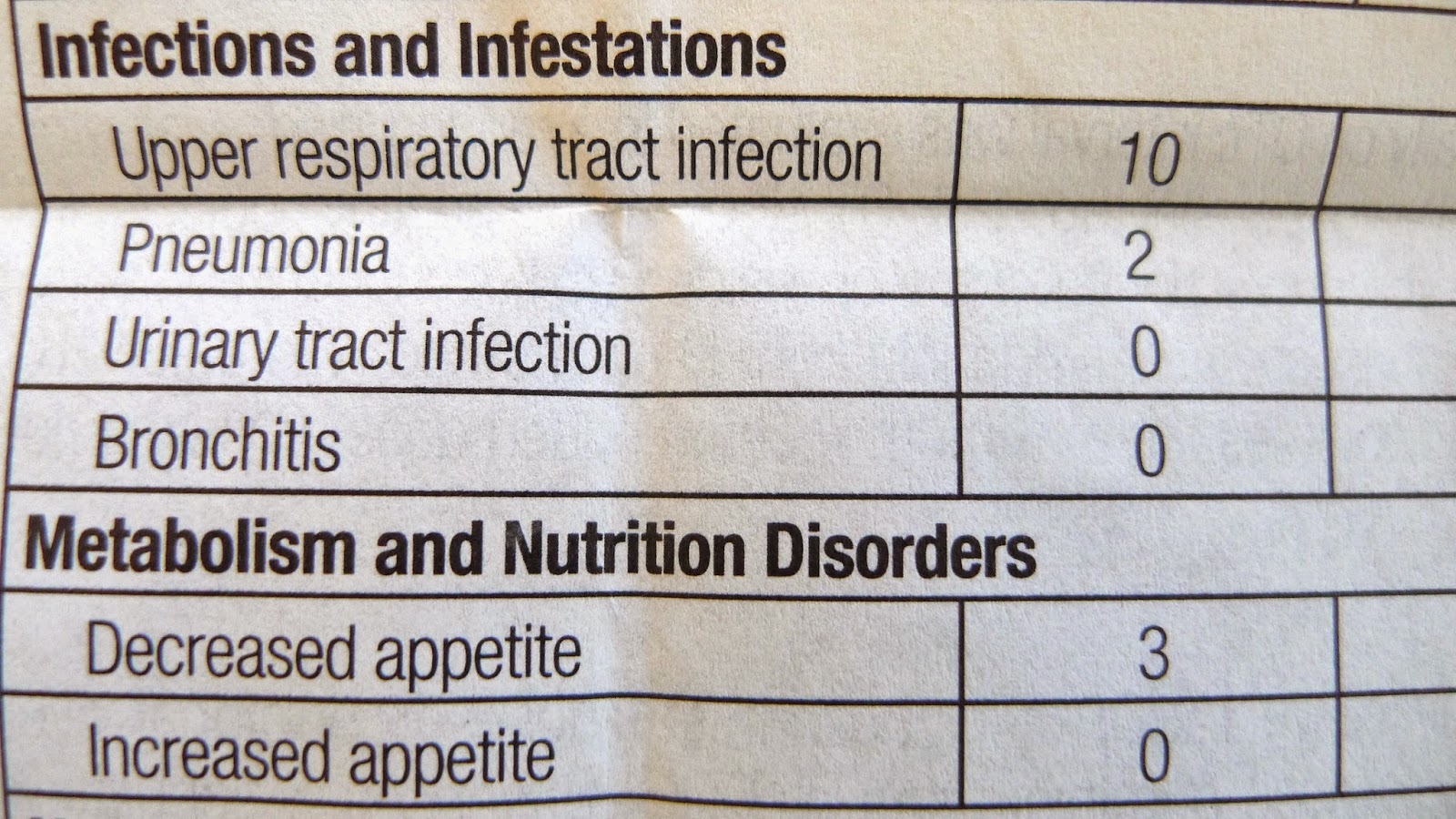 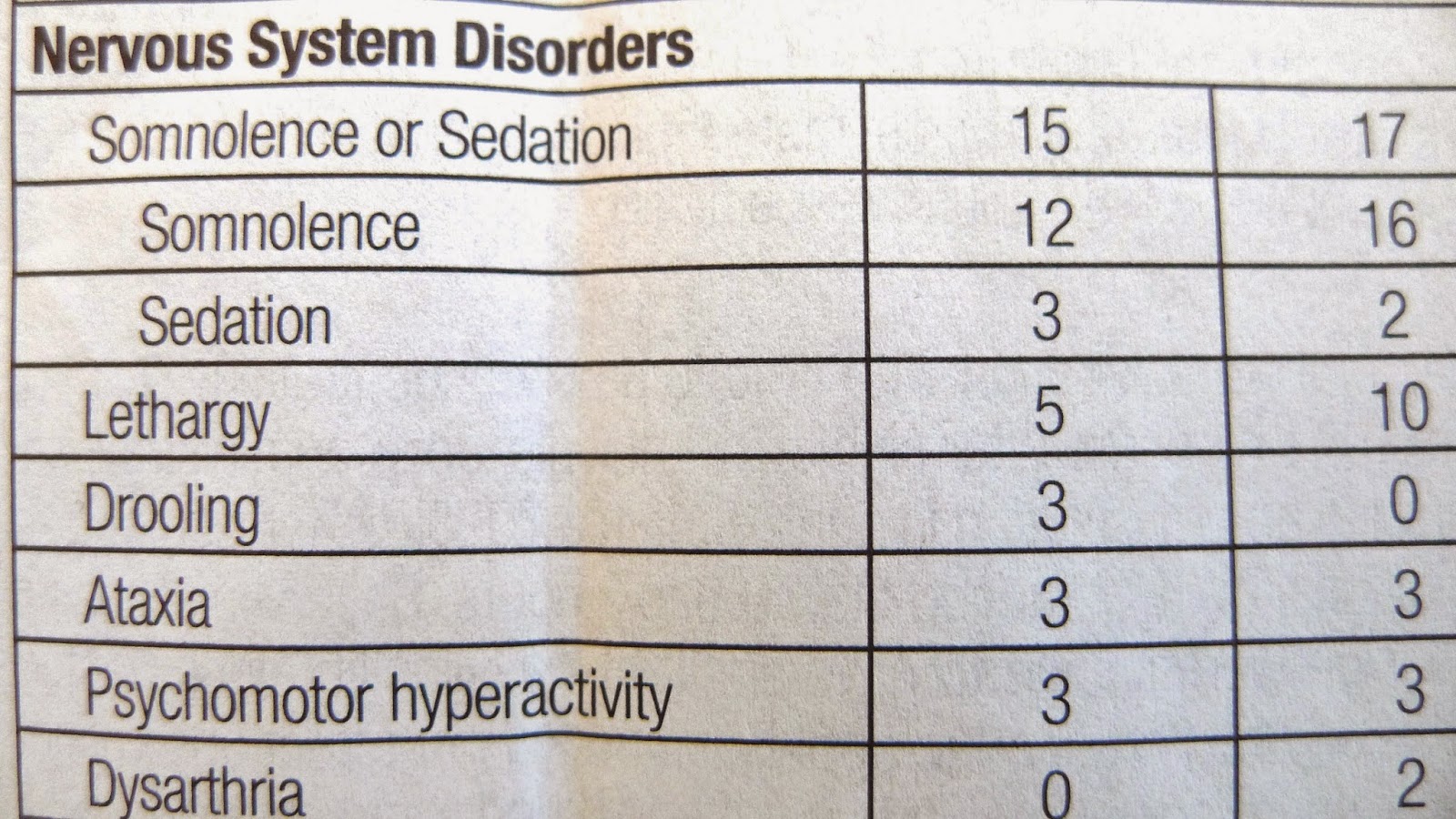 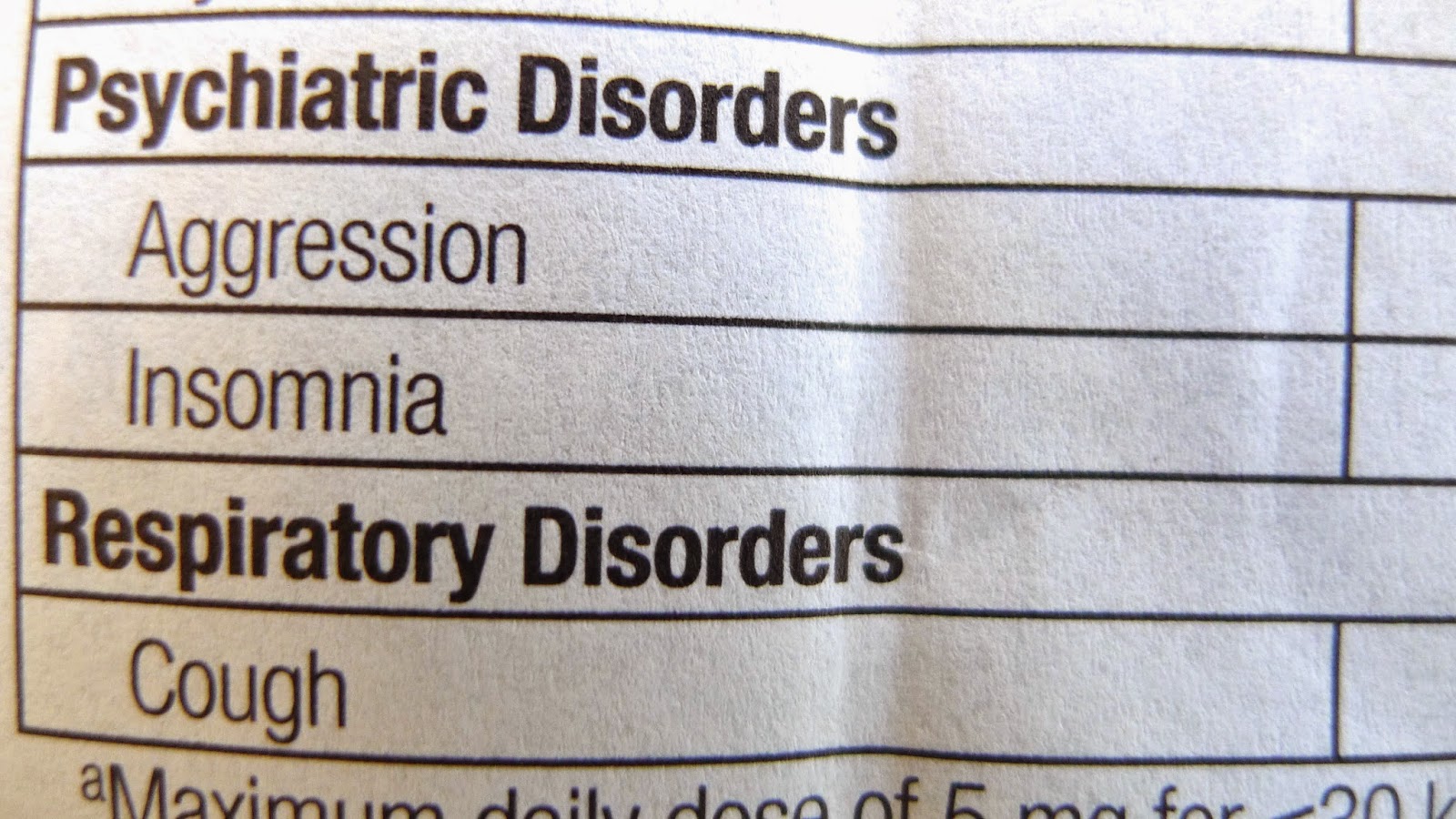 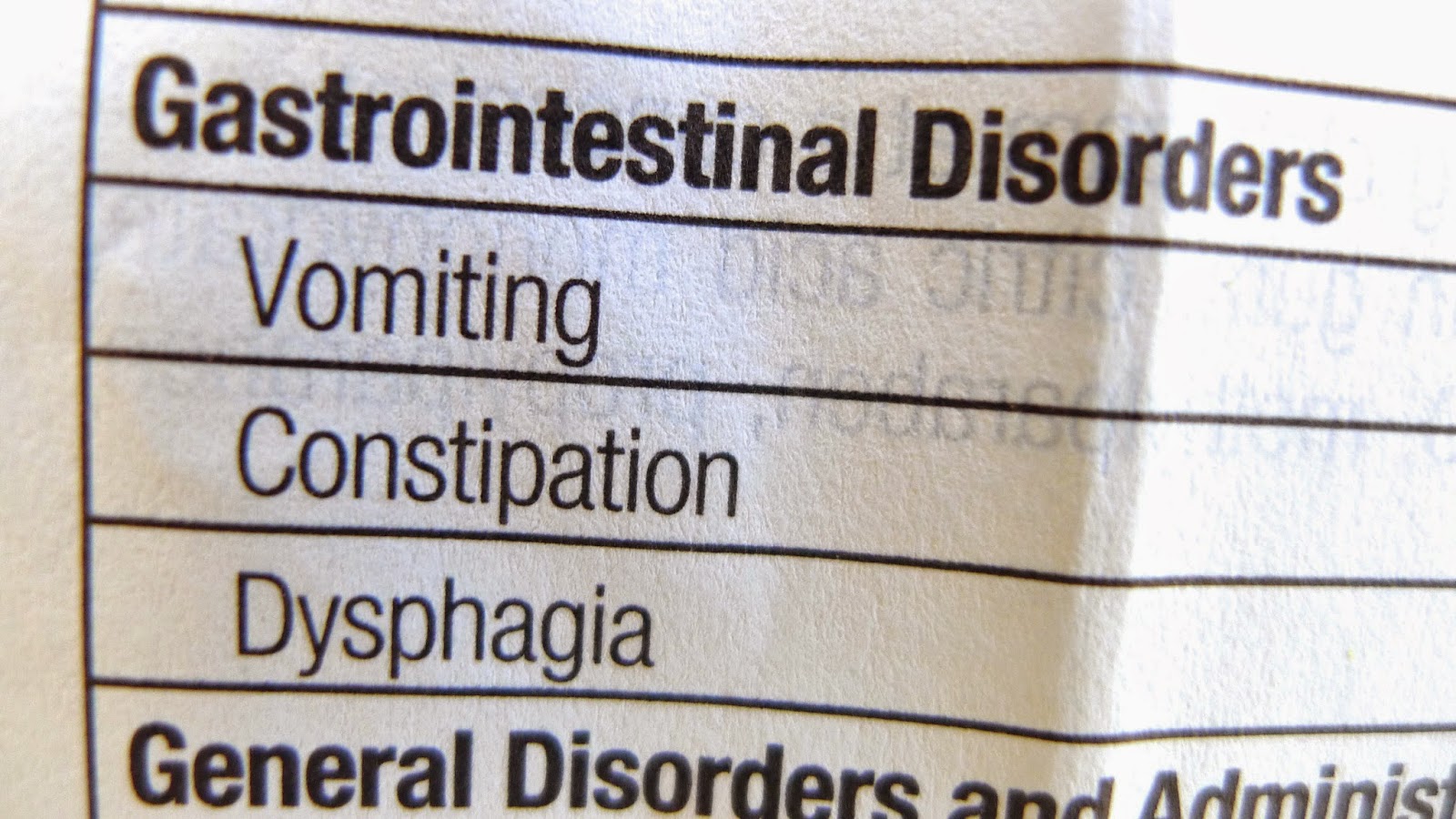 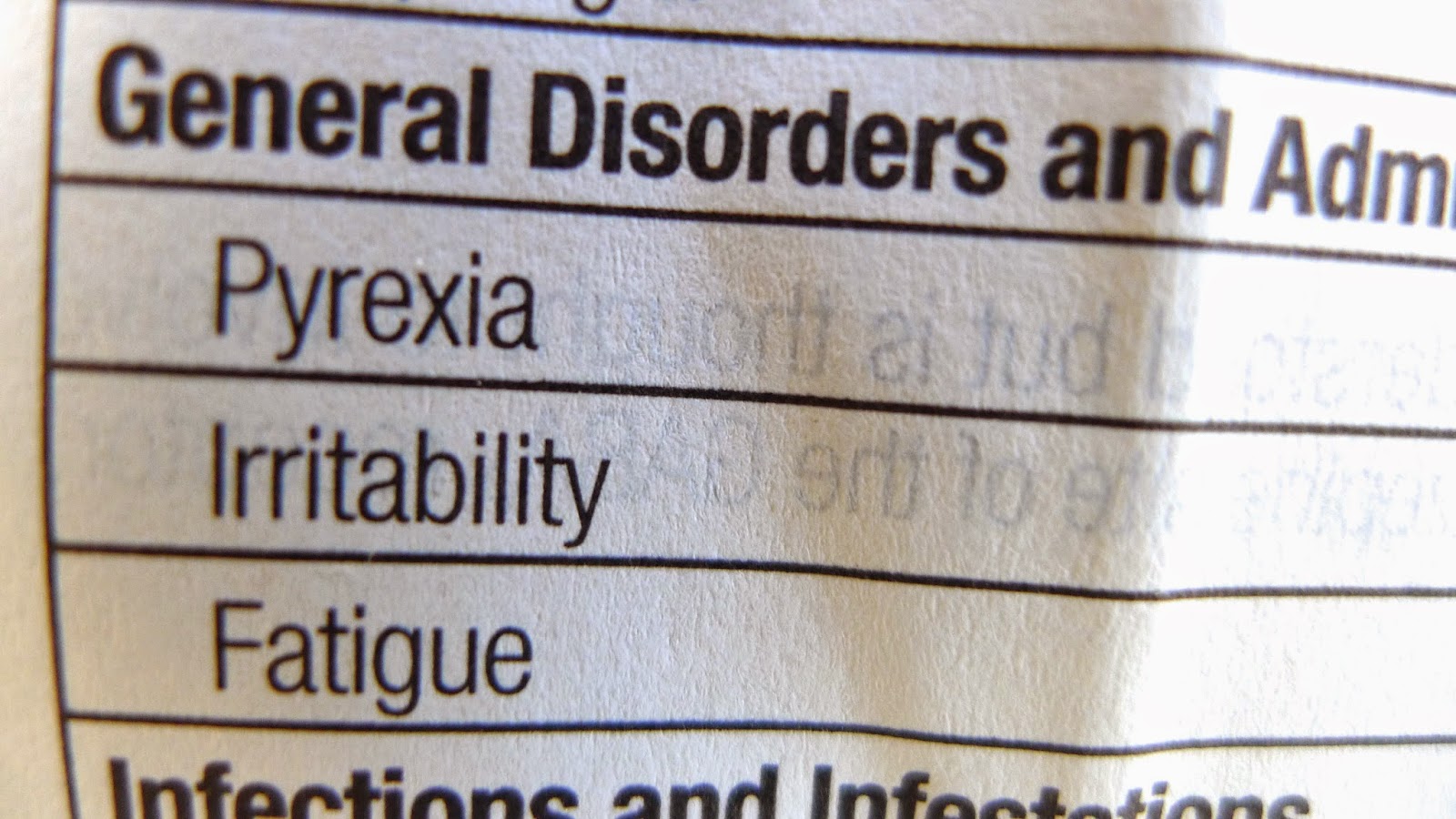 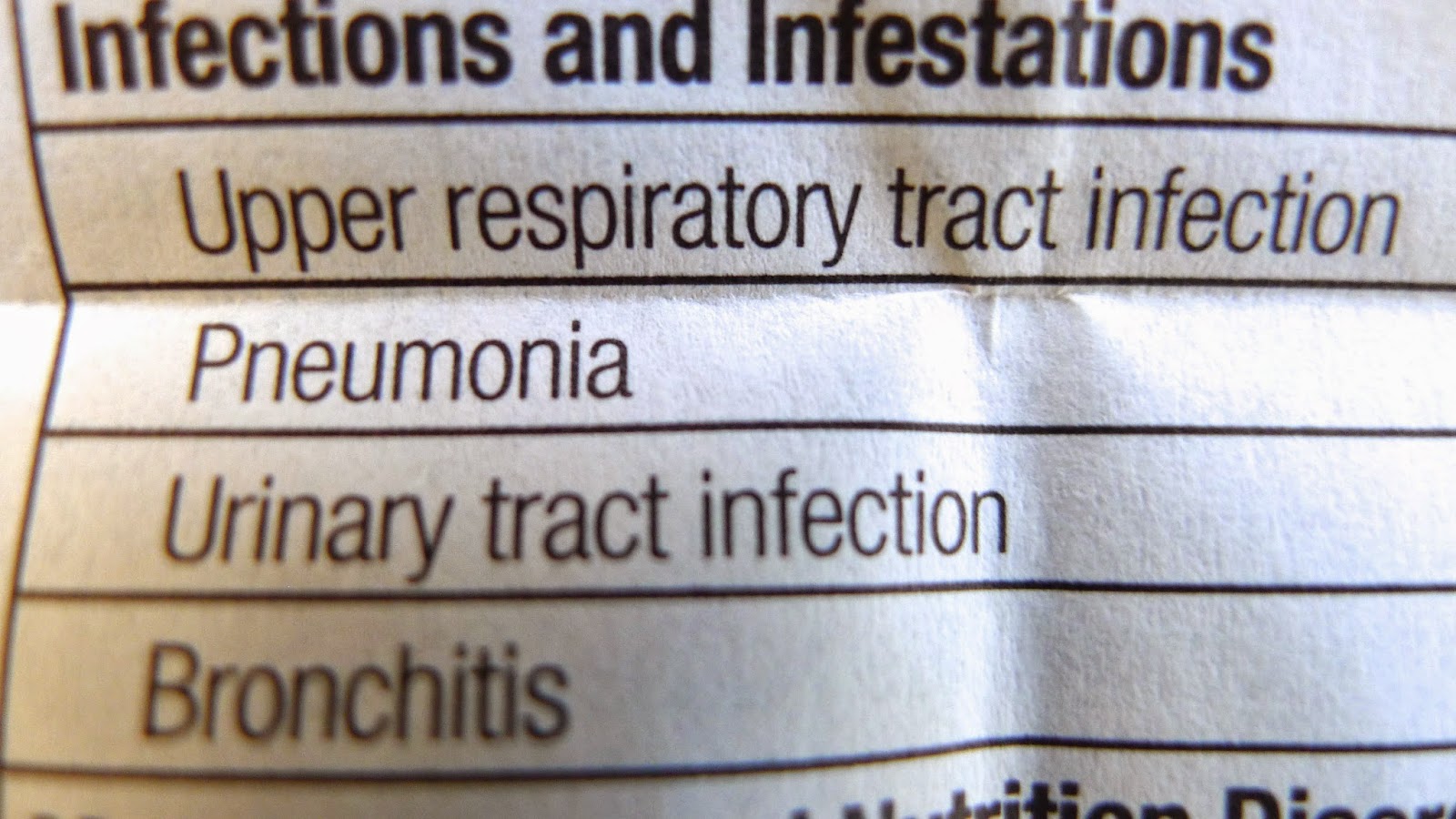 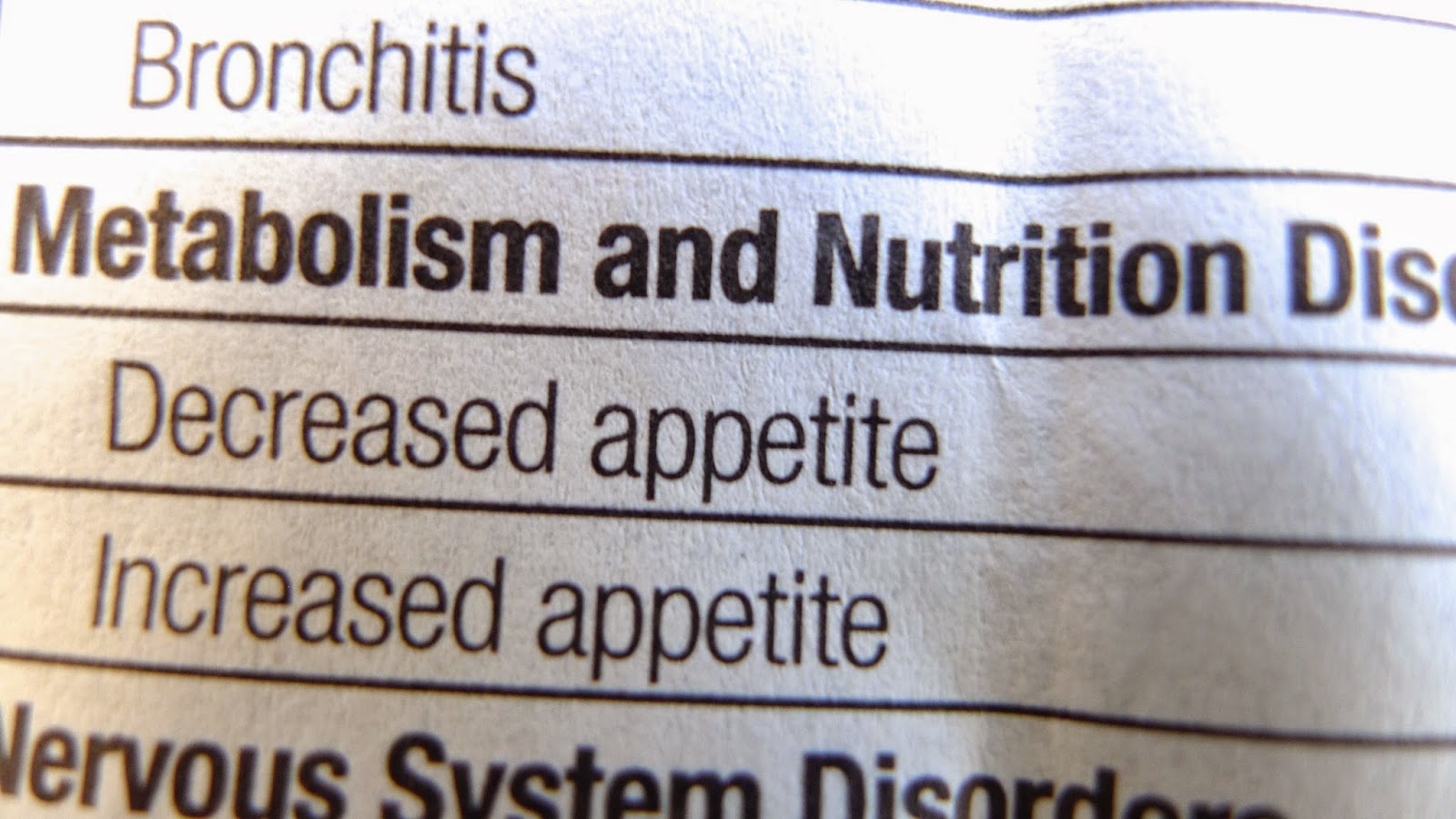 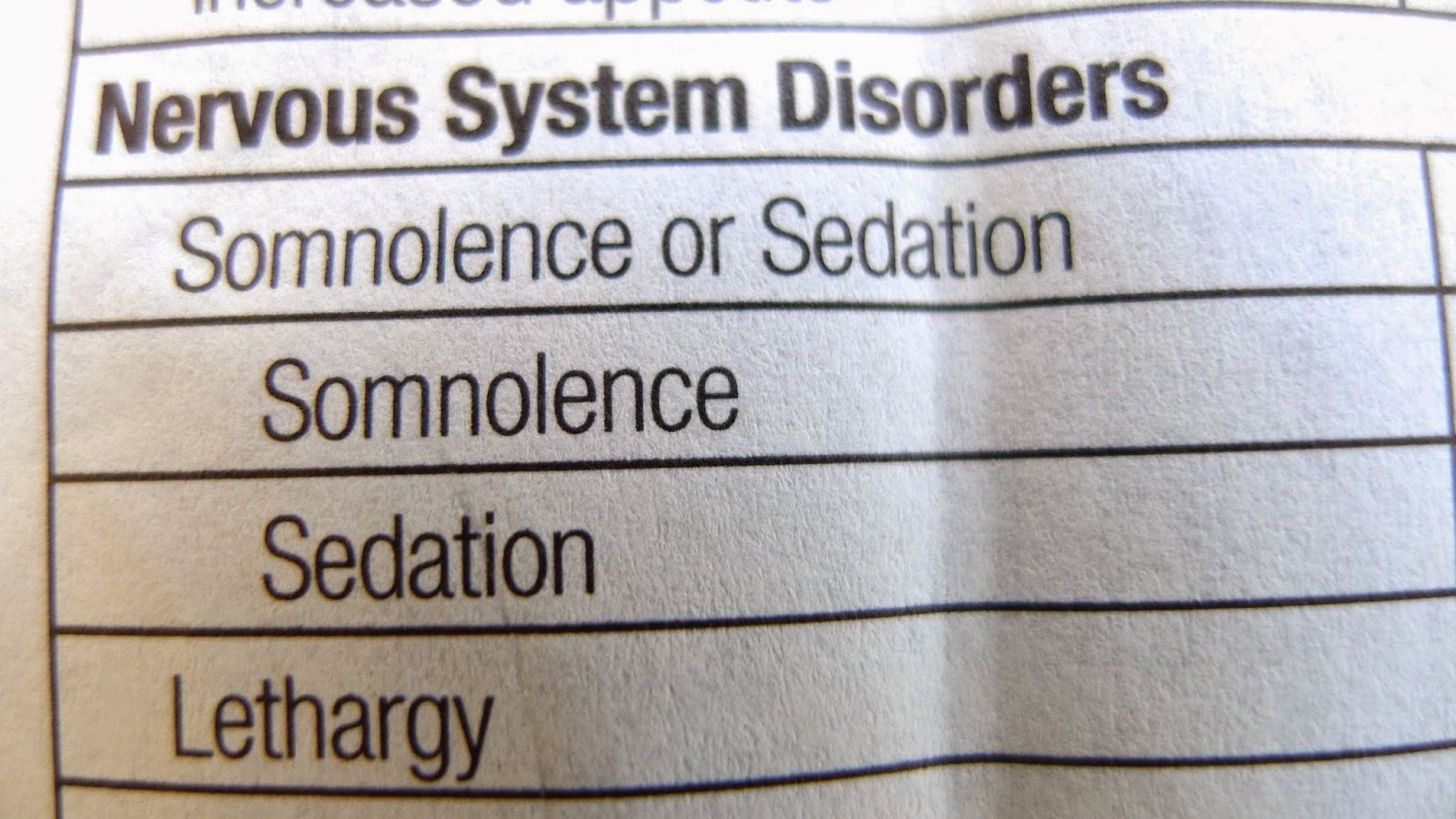 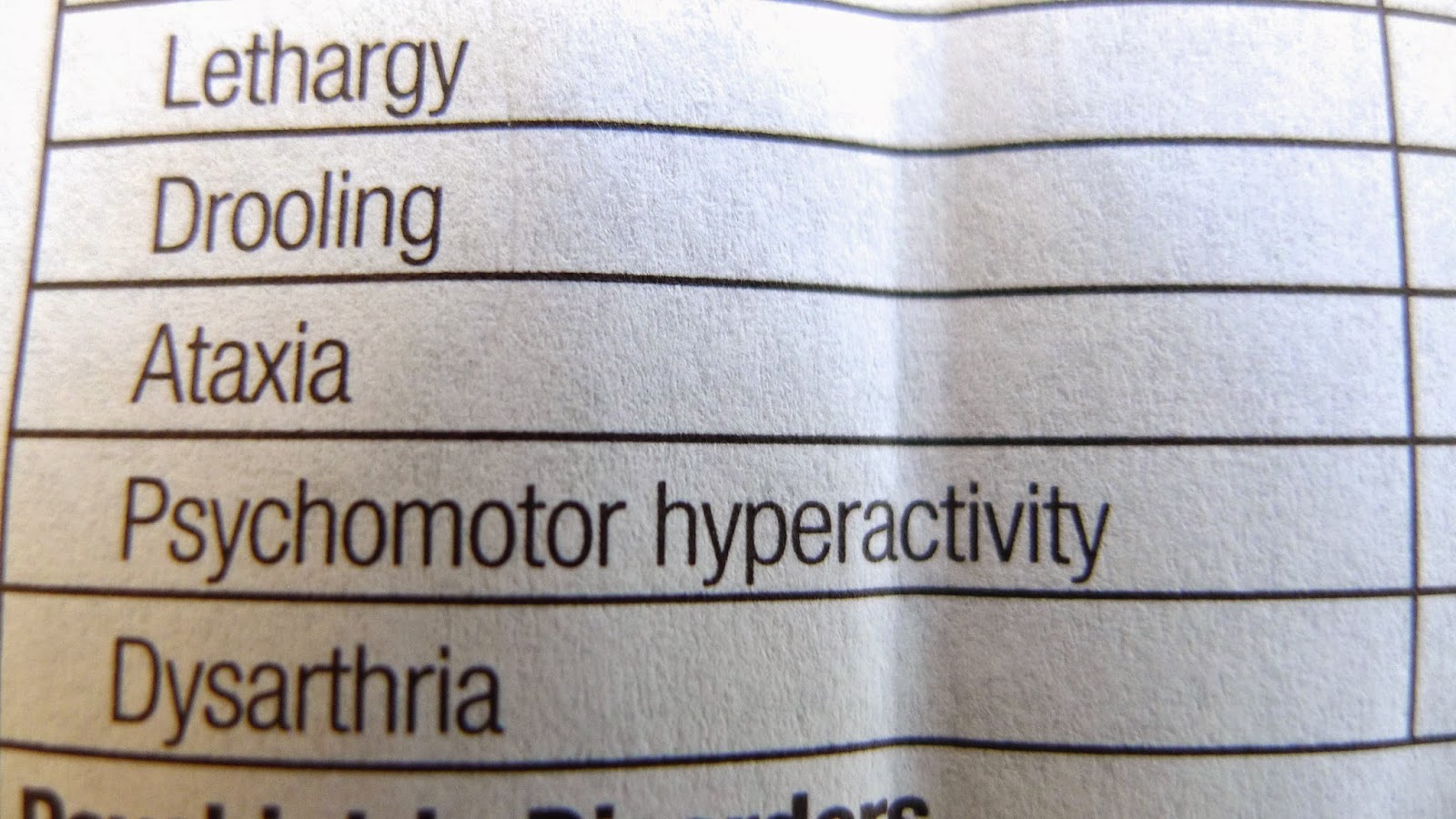 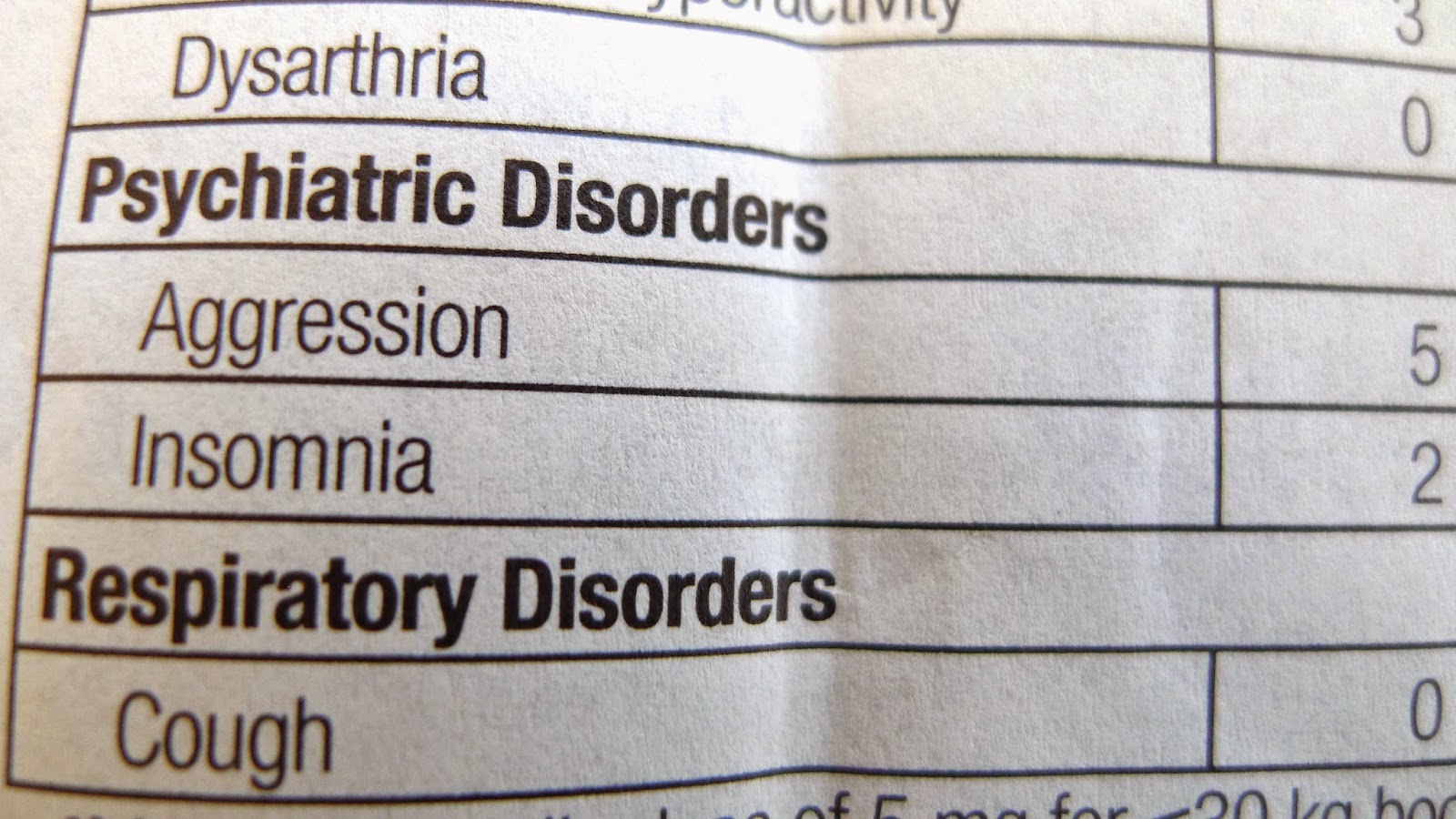