I’d just returned from walking my brother's dog Sadie along a narrow strip of beach skirting San Diego Harbor when Mom arrived home with her caretaker Stephanie after their usual drive around town.

“She’s having one of those again,” Steph said, as she helped my mom out of the car.

I opened the courtyard gate to see the shell of my mother pale and trembling with a fretful look on her face. Gesturing to Steph, Mom said in a worried, feeble voice, “Thank God for this woman. She takes such good care of me.”

I wrapped my arms tightly around Mom while Steph went to get a pill, then I helped her down the steps into the courtyard over to the bench so she could sit, and when she did she kissed my hands all over and thanked me profusely for taking care of her.

“I want to go,” she said in a panic, and I wondered, where? “Will someone please take me home?”
“You are home, Mom,” I assured her.
“How do you know?” she asked, and I wasn’t quite sure how to answer but by saying, “you are right here with me.”

We sat for a bit, Mom hyperventilating and shivering in my embrace. She’s so small, I thought, half thinking that she'd melt into nothing right then and there. I wanted to cry, never really having seen her in quite a state and remembering, when she'd first been diagnosed, she had made it clear that she never wanted to get to this point.

Steph brought a pill meant to calm her, which I put on Mom's tongue like I do for Calvin at times, and she chased it with a big gulp of water. My cell phone rang in my back pocket. It was Calvin’s nurse Beth calling from home. I had to take the call but I hesitated letting go of my mom.

For the next ten minutes Beth and I discussed Calvin's telltale signs of an impending seizure. He had woken at 3:30 am and had never gone back to sleep. He hadn’t had regular bowel movements for days, had developed a rash on his chin, was hyper in the bath, had a runny nose and was stuck in a finger-snapping trance. At times I could hear him shrieking in the background. Beth wanted to know what to do about his bedtime cannabis oil. Together we mulled it over, taking into account his relatively low dose of CBD (cannabidiol) along with the fact that we’d just increased it five drops last Monday under similar circumstances.

“Michael thinks he’s amping up, too” she added.
“Well, if we increase it by only five drops and he has a seizure tonight, we’ll want to increase it five more tomorrow. So maybe it's better to increase it by ten drops tonight in hopes of thwarting a seizure. It can't hurt him,” I added.

After hanging up with Beth I joined Steph and my mom back in the kitchen. Mom had calmed down some and was eating. The pill seemed to be working.

“I can see them coming,” Steph said, explaining that when Mom doesn’t nap during car rides, she often ends up having an episode.
“It’s the same with Calvin,” I replied, describing how when Calvin wakes early and doesn’t go back to sleep he almost always has a seizure the next night or morning.
“So many parallels between them,” I added.

Stephanie left for the day and I put Mom down for a nap. Tucking her in I gazed at her watery brown eyes which, like everything else about her, look smaller to me now.

"There's my baby," she said with a smile.
"You know who I am," I told her, aware that she couldn't recall my name.

After her nap we took a drive to Shelter Island for a walk in the park at dusk. Though beautiful, the trees there are knotted and tangled reminding me a bit of my mother's brain, of Calvin's brain. Mom shuffled along as I held her hand and elbow. I thought about my neighbor friends Woody, 81, and Mike, 92, back at home and marveled at how aged Mom is compared with them. Darkness quickly fell around us and we found a bench at the water's edge and snuggled in like two lovers against the chill. We were mostly alone in the park when a man wearing a hoodie hobbled past tapping a white cane against the path. I greeted him as he approached.

Back at home Matt and I tag-teamed with mom during dinner then helped her get ready for bed, not unlike Michael and I do with Calvin. So, too, Matt encourages Mom to do as much as possible by herself, even when simple things like washing her hands or getting undressed can sometimes be difficult or confusing. After we got Mom settled, after I stroked her head and told her that I loved her, I gave Matt a hug goodnight and thanked him for taking such good care of Mom. 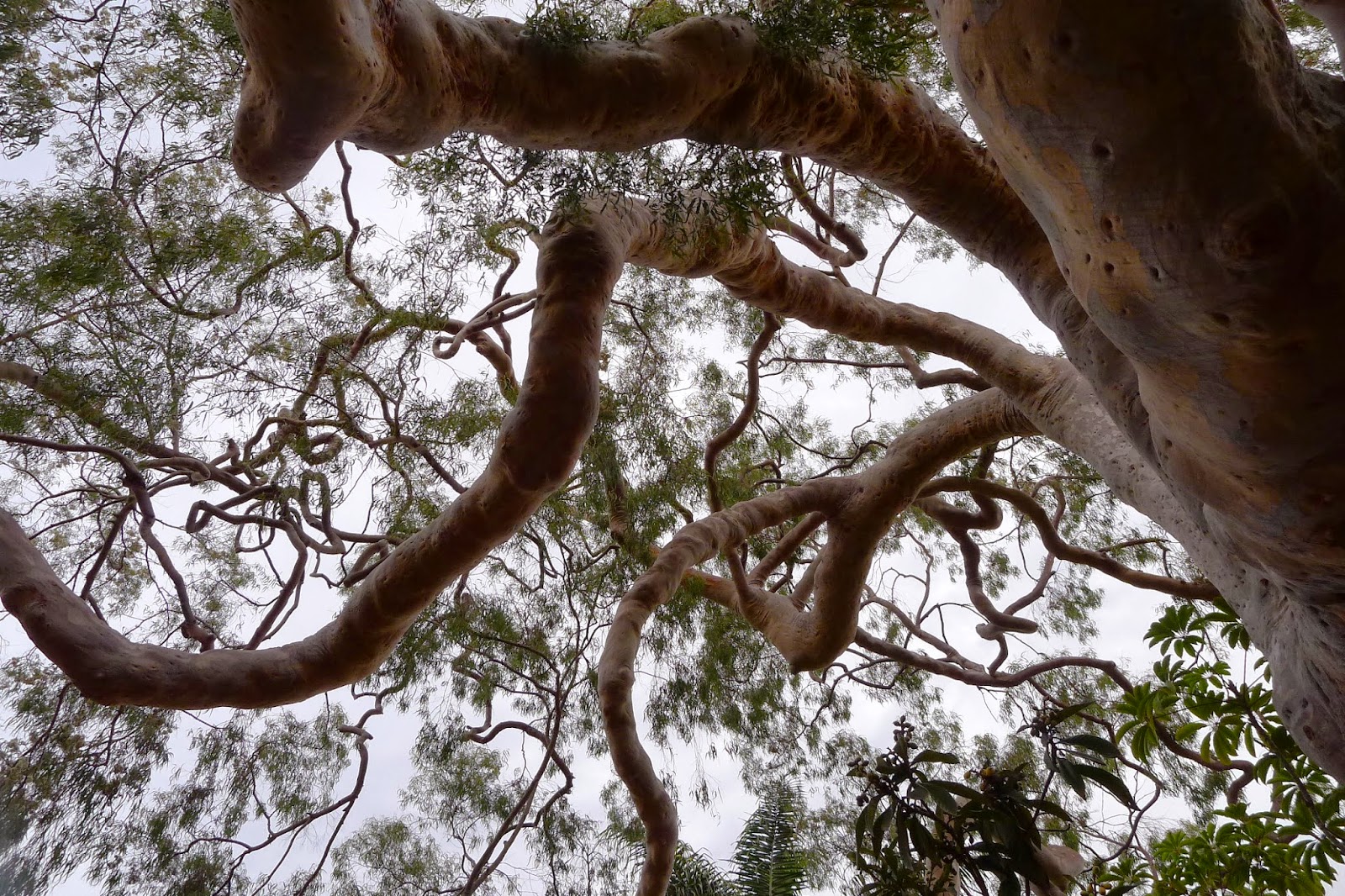 Posted by Christy Shake at 4:30 PM