By the time I finally stepped outside with Nellie it was still snowing and had been all day. The darkness settled in with the stillness, the quiet. We made our way through the narrow sidewalk corridor cut through drifts of snow at least as high as my waist. At Woody’s house, I noticed the driveway hadn’t been plowed, so I went to check on him. When he came to the door I handed him his newspaper and he invited us in and asked if he could get me something.

“Maybe just a finger’s worth of bourbon and one ice cube,” I replied, adding, “I can't stay long.”

Inside Woody’s old summer kitchen, Trixie was splayed out in front of the fire. Nellie came up to her and began licking her ears then seemed to want to munch the scruff of her neck. I scolded Nellie and told her to lay down and be a good girl. She’s still trying to figure out what to do with a docile domestic cat who’s about the size of a squirrel—varmints suitable for chomping. But the two of them kept the peace and laid nicely on the carpet by the fire, their paws barely touching, and I wished I’d had my camera.

Woody and I sat and complained about the snow, which by then was approaching three feet. He assured me his son would come by and plow his driveway soon. A few days earlier, after the big blizzard, I’d checked on Woody whose voice was somewhat hoarse because, as he’d joked, he hadn’t talked to anyone for three days since we'd all been pretty much snowed in.

After a while I downed my bourbon, we hugged goodbye, and I told him I’d see him tomorrow.

On our way to the fields I looked into homes glowing with buttery light not unlike the satisfying burn I had from drinking spirits on an empty stomach. I felt light, happy even, though back at home Calvin, who was amping up to another seizure, was irritable and hadn’t smiled all day. Slowly, we made our way through an invisible ribbon of smoke from someone’s chimney, then past a waft of diesel waste from an idling plow truck, its owner vigorously shoveling Bob and Nan’s drive.

At the fields, Nellie ran free, scooping up mouthfuls of snow as she went, bounding over drifts and spinning happy circles at my feet. I felt relaxed, thankful for the solitude, for my warm jacket and high boots, for the bourbon and for the ability to alter my mind, if only a little.

Back at home, while finishing up dinner, I heard a rhythmic rustling reporting from the baby monitor perched near my head. Knowing what it was, I ran to Calvin’s room.

“Calvin’s having a seizure,” I called to Michael, who came quickly to help undo Calvin’s bed so that we could get to him.

As our boy jerked and twitched we soothed him, stroked his body and kissed his face. It had only been an hour after he’d gotten his evening cannabis oil, one of which, the CBD, I’d increased in light of the seizure I knew was on its way. As the seizure dwindled Michael and I remarked how it was slightly shorter and less convulsive than the last one. I popped downstairs and snatched two ready-made syringes of CBD cannabis oil which I took into bed with our boy.

Next to me, Calvin slept well and with far fewer aftershocks then usual. At 10:45 p.m. and 2:45 a.m. I squirted syringes of oil into Calvin’s mouth. He struggled some, but went right back to sleep, his arms around my neck.

By morning the snow had stopped falling in the bitter cold. Calvin never had a second seizure, which is somewhat remarkable of recent. Even on a tiny dose of CBD oil—a total of 10 mg per day for a fifty-pound kid—it would appear that the cannabis is proving effective, even in the face of a nasty benzodiazepine wean. If we can keep up this rate of reduction he’ll be off of his benzo, clobazam, by May, just as leaves start sprouting from the trees, the ice and snow having long melted, and as the sun begins to nudge dormant buds that I have waited so very long to see. 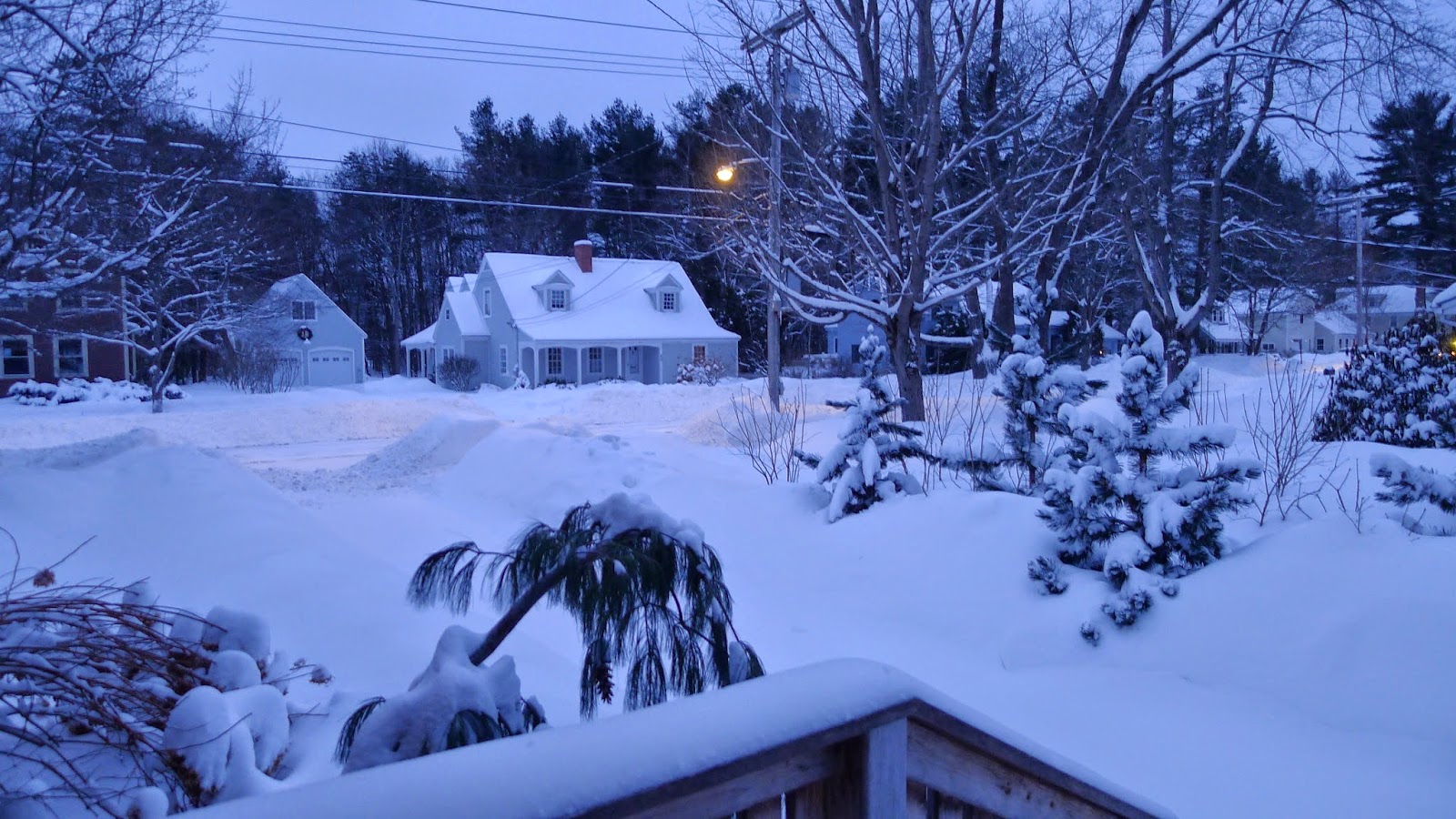 Posted by Christy Shake at 9:35 AM