Calvin is my superhero and he has touched my life in innumerable ways. I hope Calvin’s story has touched others’ lives as well. I believe it has. And those whose lives have been touched can be a superhero, too.

Whether we are aware of it or not, little Calvin is not the only person we know with epilepsy, which for most people, once they are diagnosed, is a life sentence and for 50,000 Americans each year is a death sentence.

Epilepsy’s incidence is increasing—unlike other diseases, which are declining due to early detection, prevention or treatments that can cure—because populations at greater risk of epilepsy such as premature babies, people with autism, people with Alzheimer’s and our troops who suffer traumatic brain injury, are on the increase.

Epilepsy does not discriminate. More Americans live with epilepsy—and die each year from epilepsy and related causes, such as head injury or drowning—than breast cancer, yet sadly, many of them are our children.

People with epilepsy suffer debilitating and sometimes lethal seizures and/or horrific side effects from medication.

If Calvin’s story has touched you, be a superhero by donating to epilepsy research now. It matters. Go to:

Please help raise epilepsy awareness by sharing Calvin’s story and the link to this blog with your friends, family and colleagues. It’s not hard. Just do it one story at a time. 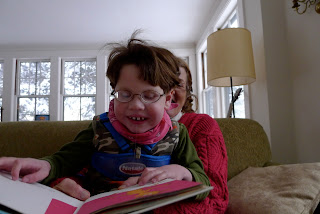