I ran in from the rain, purchased one ticket, a small bag of buttered popcorn and a bottle of water. Once inside the small theater I stepped past rows of frizzy white-haired women and balding men. The house was quite full for a Tuesday matinee, but luckily my favorite couch in the front row was vacant. I’d made it just in time for the previews and finished my popcorn before the feature film began.

We were all there to see The Best Exotic Marigold Hotel. I’d heard nothing about the film but that it was worth watching. And so began my vicarious journey—through each of the characters’ eyes—into India. I traveled on a crowded bus laden with baggage strapped so tightly to its back that it looked like a laced roast beef. I jammed myself into the back of a tuk tuk weaving through throngs of colorful, dusty, beautiful people. If I’d been lucky enough to be watching in Smellorama my mouth would’ve surely been watering for curry and naan. I wanted to be THERE. And just as I was quietly lamenting my life’s imprisonment with my disabled son, my cabin fever, my inability to travel the world in the way I’d done in years past—to travel to India as I’d always wished—the soothing voice of Dame Judy Dench spoke to me and said:

This is a new and different world. The challenge is to cope with it ... and not just cope, but thrive.

I continued to ride the wave of scenes that passed before my watering eyes, to see beauty in the simplest things, the most basic gestures—a warm embrace, a spicy home-cooked meal, a kind face, a bustling market, a modest yet rewarding job, an evening stroll through the city, joyful children playing in the streets, the sound of a foreign language, the beauty of a different people.

As I watched these images blur across the screen and felt them move me inside, I tried to see—to understand—how my life with Calvin, with his seizures and drugs and gross limitations, might be rich and colorful. And though our days are monotonous and stream into each other as silently as osmosis, I know that he has changed my life—has changed me—in a way not unlike the culture shock of visiting a foreign country, but in a profoundly deep way that allows me to see the world from a completely different perspective, a less selfish one. And, as one of my favorite poems reads, Calvin “picks me up, turns me this way and that, and puts me down softly in a new place—always a new place.” For the most part, I think I’ve found ways to cope with this new and different world of life with Calvin, and I am constantly looking for ways to thrive—this blog being one—but it is indeed a challenge, most assuredly the greatest of my life.

And maybe one day, after years of being Calvin’s mother, nurse, physical and occupational therapist, doctor, coach and teacher, all that hard work will pay off and I’ll get to step out of this world and into another ... maybe even an exotic marigold world called India. 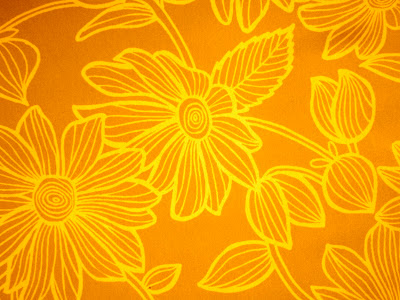