Over the course of my lifetime I’ve had some amazing friends—boys and girls, men and women—of all kinds you might endeavor to imagine. We rocked on swing sets, climbed trees, squished slugs, played dress-up, fort, baseball, hide-and-go-seek, sharks and minnows and Hot Wheels. We made mud pies, baked cookies, sled down the cemetery hill, rode bikes, walked to school, spied on boys, cut out paper snowflakes, had sleepovers, watched movies, snuck into the pool after hours, tee-peed houses, drew pictures, wrote poems, gave each other gifts. We went camping and water skiing and swimming and bowling and hiking and snow skiing and walked on the beach, floated rivers, got lost in the Sierras and scaled mountainsides. We shared breakfasts and dinners and coffee and apple-pie a la mode while listening to live music. We sunbathed nude, painted our faces blue, played practical jokes, danced in our nightgowns, wore identical overalls, peed our pants, made out in cars, drank till we passed out and puked in the bushes. We traveled far, hooked up, moved in, boogied down, and slept over. We've laughed and cried and and hugged and kissed and screamed and yelled and argued and cut off. We’ve forgotten, forgiven, enlightened, learned, and loved.

Since Calvin was born, meeting and loving lots of incredible people continues for me. Some friendships stand the test of time, others drift through my life like a dandelion puff on a breeze, and I have fond memories of them all. But Calvin has added an interesting facet to my friendships and acquaintances.

When Calvin was an infant Michael and I read a book called Fragile Innocence by James Reston. It’s a journalist’s recounting of the difficulties raising his daughter Hillary who, after a short virus when she was a toddler, lost her ability to speak, began having seizures and gradually regressed into a serious state of mental retardation. He and his wife coined a term, The Hillary Test. Whether wrongly or not, the family began judging their friends by the way they treated their daughter. This struck a cord with Michael and me, having witnessed the gamut of responses to our boy Calvin.

Often, Calvin seems to be completely invisible to certain people, as if he were a veritable bump on a log. They engage with Rudy our dog but never with Calvin, even if he’s in plain sight screaming and flailing. Some keep their distance from Calvin—at arm’s length, eyes averted—as if he might be carrying some lethal contagion or resemble, perhaps, Rosemary's baby. Others try their best to relate in some way, albeit awkwardly and self-consciously, to our boy who doesn’t look at them, doesn’t seem to hear them and can’t respond to their questions. Then there are those who, whether they’ve met Calvin or not, happily crouch down close to him, sometimes right up to his face where he sees best, tussle his hair, smooch his cheeks, embrace his ever-growing floppy weight as if they’ve cared for a disabled child all their lives—as if he were theirs. These are the folks who, when we see them interact with Calvin, often bring tears to our eyes.

But even though I notice the myriad ways in which friends and acquaintances treat Calvin, and although sometimes I’m left aghast, heartbroken or peeved, it really doesn’t matter in the long run. I know it takes all kinds of folks to make the world go round, folks who are to differing degrees—some more, others much less—able to deal with the curveballs and oddities that life throws us all. What matters most is the boundless love I feel from my decades’ of friendships, near and afar. I’ll forever be amazed at times such as when I strike up a conversation with an octogenarian and her husband and continue to correspond for months if not years, or when a beautiful Japanese woman and her Bosnian husband roll in and out of my life in a blink but I still think of them daily, or when I reconnect with kids—now adults—who I used to coach in swimming when I was just a teen, or when friends from my formative years still feel as close to my heart as when we were kids. Because the thousands of incredibly diverse friends I’ve met in my lifetime, who continue to touch and to move me, help make me into the person I am today—someone I have very much come to like. 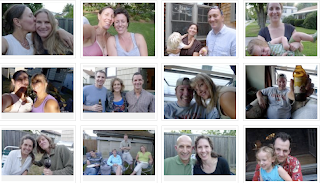 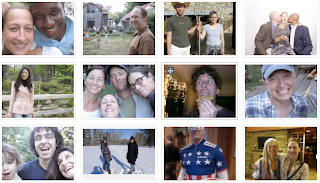 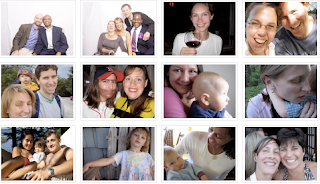 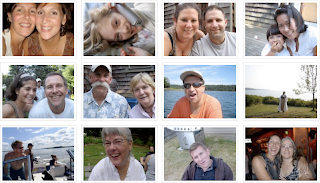 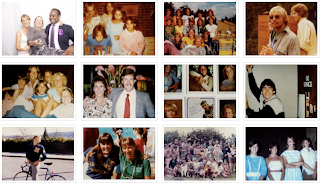