The Brooklin air was hazy, moist, tingling. The fog set the sky aglow beneath dark clouds, the water’s surface glinting like foil at the horizon where the morning sun slipped through a wedge of open sky. Very simply, it was beautiful and plenty warm, so the four of us set out on a walk.

Calvin held both of our hands as Rudy sniffed and explored the fields flanking the sandy path. I was thrilled to the point of tears that Calvin was walking so well. “I feel so free,” I said to Michael with a quiver in my voice, “like the first time I drove a car without someone in the passenger seat.” It was like walking on air. He understood the feeling of liberation that comes when a child begins to walk hand in hand with relative skill and endurance—enough to leave the stroller behind instead of lugging it along everywhere we go just in case.

Every twenty-five or fifty yards our boy balked—stopped to be picked up. And so each time Michael hoisted him up to his hip where Calvin yanked his ears, pulled off his glasses and slimed his face with copious open-mouthed kisses. After a few minutes of rest we’d stand him up like a little toy soldier, grab his hands tightly in our own and march on. The tide was out and we managed to make it all the way to our favorite pair of trees clinging to hunks of soil atop a granite slab. The last time we were here Calvin had to be carried the entire way. That night he’d had a seizure. Later we learned pneumonia was the culprit. Yesterday was the first time since then that we’d seen those trees, which hadn’t grown as much as I’d expected. Their survival seemed to hang by a thread, their disintegration dependent upon the frequency and severity of storms eroding their foundations. Just like Calvin, I thought, his survival—his ability to thrive—in great part due to the dampening down of seizures that thunder through his little brain.

But the trees were still there and seemed to be flourishing, weathering the storms and tides well. It seemed fitting that Calvin, after six years, was able to walk amongst them as their brother. And as we headed home across a crushed-shell path I felt cool droplets on my face. But it never rained. Instead, the sun broke through the clouds and warmed our backs as we walked hand in hand with Calvin up the rutted path that stretched out before us. 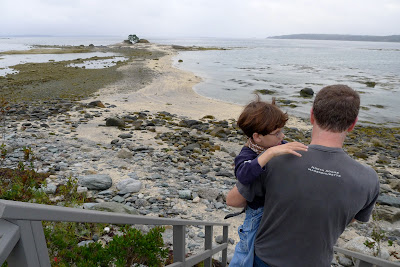 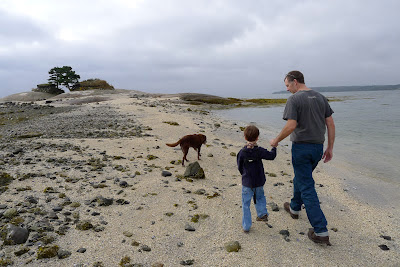 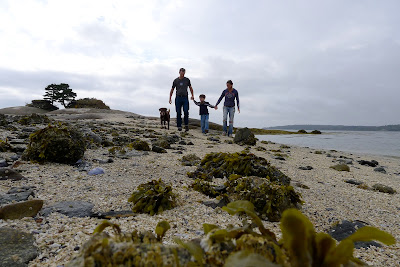