come out of the closet

Remember your child—or your sibling, niece or nephew—as an infant: pudgy legs, sweet smiles, bright eyes and soft hair smelling faintly of rosewater or beeswax. That was Calvin when he was eighteen months old, just before the first time we feared he might die.

He’d been sick with a fever that had spiked too quickly, triggering a four-minute grand mal seizure. Michael instinctively rocked Calvin's tiny body, which turned blue and convulsed, as time stood still. Since then it has happened again and again and again; no drug or dietary therapy has worked to stop them. At times, because of the drugs, Calvin has morphed into someone we’re not even sure we know. There was a time when we had to pinch his nose shut just to spoon medicine into his mouth, medicine that, even though it doesn’t completely work, if he doesn’t get he’ll likely have a prolonged, life-threatening seizure. We’ve given him powders and pills and liquids that have never been tested on—or approved for—children, medicines in which, as the drug literature reads, “The mechanism of action is unclear.”

My boy has never in his life taken a step without being under the influence of powerful, dizzying anticonvulsant drugs. He spoke his only word—Mama—once, just before the seizures began.

I recently sat at a table dining with several people who I’d never met before. The conversation drifted (or perhaps, like the fierce advocate I am, I steered it) to Calvin and to epilepsy. I explained some of the horrors of the disorder, of its stigma, its underestimation, its pervasiveness, it misunderstanding, its physical, emotional, financial and societal burdens. When I mentioned the difficulty of advocacy efforts—because few people admit publicly that they have epilepsy or are afraid to share that their children are afflicted—one of my dinner companions discreetly raised a solitary finger indicating to me both his struggle with the disorder and his reluctance to admit it to the rest of the group.

Sadly, I know a handful of people who are afraid to come out of the closet, and I can’t say that I don’t sympathize. Look at the heat that Minnesota football coach Jerry Kill got from the media when he suffered a seizure on the sidelines: journalists saying that fans shouldn’t have to risk witnessing a “middle-aged man writhing on the ground,” saying he should consider resigning, saying he should manage his condition better. But until at least the bravest of those with epilepsy face their fears, like Kill has, and come out, until they show the world what epilepsy is all about and until we as a society act compassionately toward people who suffer from the disorder, we’ll remain at this impasse. And as long as we continue to live in the dark ages of fear and ignorance, appropriate funding for research will not be assigned or raised, a cure will not be found, kids like my Calvin will continue to suffer the scourge of seizures and antiepileptic drugs, and parents like us will continue to worry that our children might die at the hands of this neglected disorder. 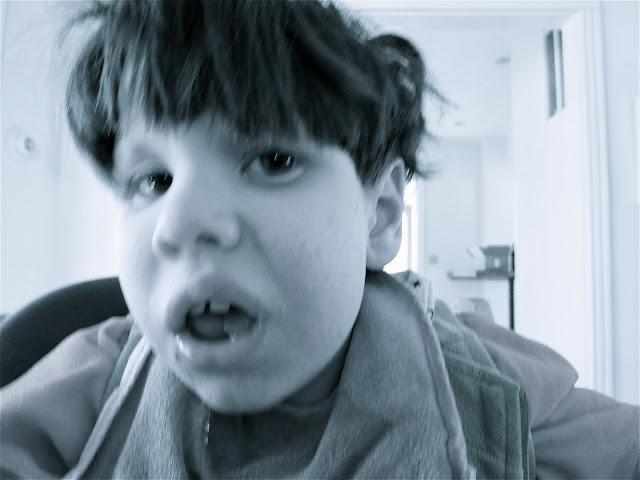 Posted by Christy Shake at 2:58 PM