Recently I ran into an old acquaintance while shopping for a little inflatable swimming pool for Calvin.

The first time I met her we were on opposite sides of the checkout counter at the grocery store. She was tall, probably in her sixties, with an unruly tumble of grayish hair that had a kind of pinkish-purple tint. She wore glasses—if I remember correctly—with a chain to keep them around her neck when she wasn’t using them. She sported a big wonderful gap between two front teeth that I was very fond of. I have always been a sucker for gaps, overbites and snaggletooths a la Sam Shephard, Lauren Hutton and Michael Kolster.

After some weeks she began recognizing Calvin and me. I imagine she’d hear us coming aisles away, as Calvin, sitting in the front of the cart, usually hollered for the entire shopping experience no matter what I did to hush him. Her curiosity was peaked by my sweet, extraordinary little boy with his mass of auburn hair and large blue eyes roaming wildly from behind his own glasses, (come to think of it, Calvin has a gap between his teeth, too.) Her questions about him were refreshingly candid, like the child that asked me when Calvin was screaming in the doctor’s office, “what’s his problem?” Her queries, though, were always kind, respectful and of genuine concern. I adored her quirky nature and asked her about her own family and, with a new set of shiny silver braces on her teeth, she had spoken of a son in Japan who was coming home soon to be married.

Standing there in the aisle the other day we hugged, having not seen each other in a few years since she had left her job at the grocer. She proudly flashed me a photograph of her new grandbaby secured behind a flat, plastic-covered leather frame on a heavy jangling keychain. Her son, now a young father, was still living in Japan. She went on to mention that she had been widowed for some twenty-plus years—something I hadn’t known—her husband having died in his forties. It seemed premature death ran in his side of the family. As she spoke I eyed her silver hair, her bright eyes, her perfectly straight teeth. Our conversation turned to life and how much the Japanese and American work ethics seem to match—too much work and far too little leisure time to enjoy life and its offerings. “After my husband died I took seven years off to raise my children,” she said, “best thing I ever did.”

In a lazy accent that I could never completely identify, she went on to tell me that her son, reminded of the young age at which his father and uncles had died, had recently asked her, “mom, should I plan on dying by the time I’m thirty?” “Can’t hurt,” she said, “can’t hurt.” 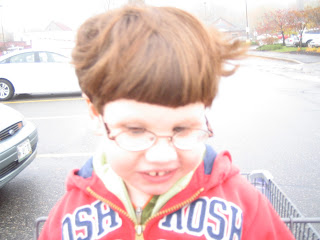